The Lakers are going to need the world’s best sports team psychiatrist to get through next season. Luke Walton might be getting the most use out of that person given the personalities he’s going to have to deal with. It’s almost like the Lakers asked themselves how they can build the perfect roster to get a coach fired. Hopefully that’s not how it goes for Walton’s sake because he has the potential to be a great coach. Michael Beasley defended the Lakers’ acquisitions last week though, which is surprising because Beasley has never defended anybody during his erratic NBA career. I don’t expect that to change this season just because he’s a Laker.

Meanwhile, Tobias Harris shockingly turned down the Clippers offer for a 4 year $80 million extension. I guess Harris doesn’t seem to like money or the Clippers. I highly doubt even if he plays great basketball this year, he will find another team willing to pay him more than $20 million a year. This isn’t 2016. After seeing how quickly the Clips traded Blake Griffin after re-signing him, Harris probably wouldn’t trust the team to even order him his next lunch. As for the Clippers, if their goal is to just spend money on a couple of max free agents next summer, then they’ll be just fine if Tobias walks away from them in a year anyway.

The Rams will likely give their janitor a raise before giving Aaron Donald an extension. After giving out another $45 million guaranteed to Todd Gurley, the Rams have now paid Ndamukong Suh, and Brandin Cooks, but not one of the best players in the NFL. This is looking worse and worse by the day. It’s not an issue that has gone on for a few months. It’s been a full year of putting this off, so you can’t blame Donald for holding out until he gets paid. The NFL has the weakest players union in all of sports. There are certain players however, that deserve guaranteed contracts on every team, and not just guaranteed money. Donald has proven to be one of those types of players, so at this point the Rams just need to get the deal done.

The Dodgers are in the midst of a brutal road stretch but they are holding up. However, we learned something important about the bullpen over the past week. It stinks. In fact, Kike Hernandez now has a career 81.00 ERA after his one relief appearance. That makes me feel just as comfortable with him on the mound as Pedro Baez. Manny Muchado is nice, but the Dodgers need to add a quality reliever or two to their bullpen before Wednesday’s deadline. A starting pitcher probably wouldn’t hurt either considering Ross “Chicken Strips” Stripling has turned into chicken shit.

There’s two months to go in a dreadful season for the Angels, and I find myself about to say something that I’ve said last year. I think I said it the year before that too, and the one before that. The Halos have a lot of players who aren’t good at baseball. By my count, they are about 7 players away from contending, and maybe even the Astros moving their team to a Japanese league. Other than Mike Trout and Andrelton Simmons, there’s nobody on the team that is critical. They also desperately need two good starting pitchers who’s arms can remain intact for a full season. Unless they plan on overpaying for an older Clayton Kershaw or gutting their limited farm system in a trade for Jacob DeGrom, that probably won’t get fixed anytime soon. Better enjoy Mike Trout for the final two seasons here’s here. Come 2020, it might take a $600 million commitment to sign him.

I can just see the outrage now. USC was picked to lose the Pac-12 Championship game to Washington by the media in overwhelming fashion. The Trojan student body is so angry they are going to burn down the 9-0. Then again it needs to be burned down because it’s kind of a dump for a USC bar. The fact the Trojans weren’t projected to win speaks volumes about the uncertainty of their quarterback situation and how good Washington has become. I find it more shocking that UCLA was picked to finish a distant 4th in the Pac-12 South. Apparently nobody thinks Chip Kelly can coach anymore.

Finally, The Bachelorette is back on ABC tonight with “The Men Tell All”. We’re down to two underwhelming choices left for Becca. It’s starting to look obvious that Garret is going to win this. It’s a perfect match for ABC who loves casting racists, and Becca, who loves boring guys. Jason has class and everybody else in his shoes would have just gotten angry with how Becca ended things with him. You know that game marry, kill, f***? Fantasy suite night seems like the real life edition of that. One of these days ABC is going to come up with a Fantasy Suite spinoff series where the Bachelorette gets pregnant but nobody knows who the father is. We’re at the last week so why are we still hearing Aries name? That guy deserves a “Best Supporting Actor” award this season. The biggest question that remains unanswered though is whether or not they broke the headboard in the Fantasy Suite? 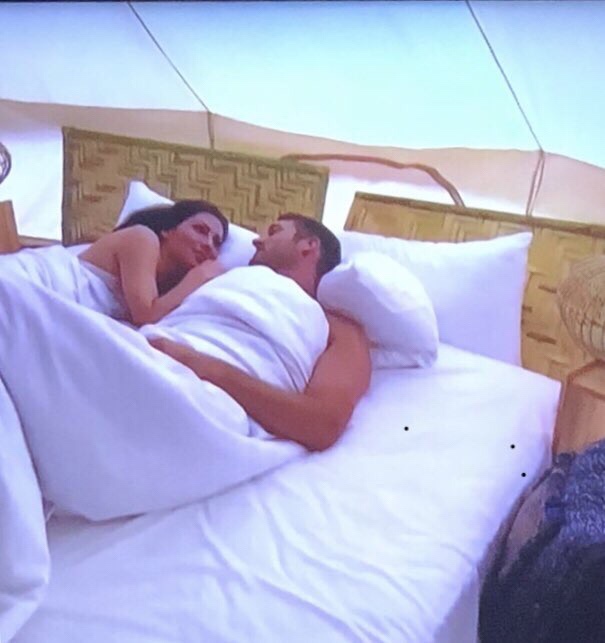