Stay out of politics @KingJames – focus on basketball and giving back to the community – you criticize the president, he will hit you back 10x harder. He is the GOAT of politics – you focus on being the GOAT of b-ball @jocktalkla https://t.co/LghE0FlbGb

There i was just minding my own business on a Friday until the President of the United States took down Don Lemon and Lebron James, and then somehow Jock Talk LA got dragged into the battle.  There’s a lot of folks in the wrong here.  If Lebron wants to make political and social statements that’s his right, but he’d probably be a lot more effective if he didn’t take shots at the President every time he spoke about him.  Then there’s President Trump, who apparently has nothing better to do with his time than blast the intelligence of Don Lemon and Lebron on social media.  It’s not like he has a country to run or anything.  It’s all just very unnecessary.  The Lakers did make the savvy move though by coming out and supporting Lebron publicly, which is something that Dan Gilbert hardly did in Cleveland.

I can’t believe some of you actually believed these ridiculous rumors started by Shaq that Kobe was coming out of retirement.  It was fun to talk about for a few days, even for most of us that knew it wasn’t going to happen.  However, his wife, Vanessa Bryant, had to come in and ruin all the fun by posting a very serious message on Instagram telling everybody that he is definitely not coming back. Thanks Vanessa.  You completely ruined the joke.

Lou Williams actually believes that the Clippers are still better than the Lakers. Lou also thinks that the earth is flat, Kim Kardashian is a virgin, and that people on the The Bachelorette are actually going to have successful marriages.  I’m thinking he spent his summer on Mars and didn’t get the memo that the Lakers signed the best player in basketball.  By the way, by season’s end, the Lakers were arguably better than the Clippers when they were healthy, even before adding Lebron.  Little does Lou also know that the Clippers front office isn’t trying to win this year.

The Dodgers just finished a brutal 17-game stretch after getting slaughtered by the Astros over the weekend.  I think it’s safe to say that this team is definitely not ready for prime time.  Andrew Friedman’s strength was supposed to be building bullpens.  Not only has he not done that, he’s built a lineup that either hits solo home runs or strikes out.  This team is going to be prone to some serious slumps against good pitching in October, similar to what we’ve seen over the past couple of weeks.  Brian Dozier is more of the same.  A player with lots of power, but this season has looked like he can’t hit little league pitching.  That 14-0 loss to the Astros felt like Pedro Baez was pitching the entire game. This team has some serious flaws, and apparently Siri couldn’t figure out a way to help Friedman spent $197 million more effectively.

Rumors began to leak out over the weekend that Mike Scioscia was going to step down as skipper of the Halos when the season ends.  Scioscia described the rumors as “poppycock”.  They are clearly true because who uses the word “poppycock” other than Christopher Walken?  This needs to happen.  Scioscia is the greatest Manager in club history, but it’s time for a new voice and a new approach for the Angels to try and turn their franchise around.  In a much more analytically driven league, the Halos should probably think outside the box for their next hire, and also have somebody who sees more eye-to-eye with the front office.

The Chargers haven’t even played a game yet and their season is already looking very Charger like. They just lost Pro Bowl cornerback Jason Verrett to an ACL injury for the season.  I’m assuming that this is going to be the first of a number of devastating injuries to some Charger players because that seems to be how their season always goes.  More than anything though, I just don’t trust this team to win the games that really matter and come through in critical moments.  They always seem to have the talent, but not the intestinal fortitude to get it done.  That’s why I’m shocked at the number of analysts that think the Chargers are going to win the AFC West.

How do you know it’s college football season? There’s a scandal at a big program. This time it’s Urban Meyer, who looks like another scum bag who only cares about winning. Ohio State is ranked #3 in the the Preseason Coach’s Poll. When asked to comment on his team’s ranking Urban Meyer stated: “I have zero knowledge about this and was never told about this.” Urban knew he had a domestic abuser on his coaching staff, and a number of other incidents that went down at OSU and even Florida. This is just the only incident we know about. If Michigan State can keep a large majority of their staff employed after the total loss of control there, I’m sure OSU will find any reason to keep Urban around if they can.  It’s college football where programs pretend like character actually means something.

Finally, the season finale of The Bachelorette is going down tonight and I’m fortunate enough to be able to attend the live show. Before I get to my thoughts last week, can we talk about why everybody keeps using the phrase “living their best life”? We are now almost two full seasons removed from that annoying finish to Rachel’s season, which was when she coined that phrase. What does that even mean? I don’t think anybody actually knows, which makes it even more ridiculous. As for this season and last week’s “Men Tell All”, the one-liners were epic. Jean-Blanc: “Colton you act like a bitch but you’ve never been inside one”. I nearly fell out of my chair. Not nearly enough time was dedicated to Venmo John’s masterful Tinder breakdown. Jean Blanc is literally those Mall employees that shove perfume at you when you’re trying to walk through Macy’s real fast. If you think that I’m going to waste 2 hours of my life watching grown ass men embarrass themselves on national television then you are absolutely right. Looking forward to seeing the season finale of that embarrassment tonight. 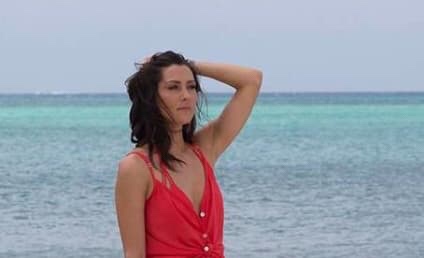