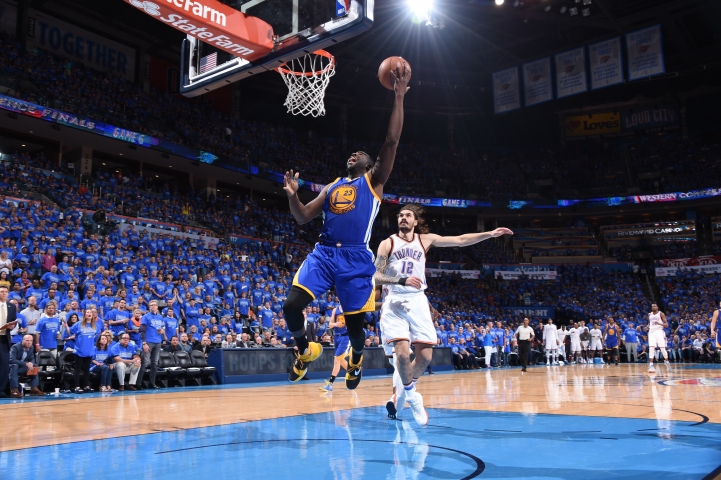 Have doctors examined Klay Thompson for first degree burns? I hope they have because that man was on fire in game 6 vs OKC.  Win or lose game 7, that guy is easily a top 10 player in the NBA. Steph made some clutch buckets as well, meanwhile, Tony Romo was somewhere shaking his head at the amount of turnovers Russell Westbrook and Kevin Durant had.  Game 7 is going to be epic.  The Thunder aren’t just going to roll over and play dead like most of you think.  I doubt that KD and Russ are going to shoot as badly as they did in the last two games, but it’s also much more likely the Warrior bench and role players play well back at Oracle.  Legacies are definitely on the line, as is the case for Lebron James, who advanced to a sixth straight NBA Finals when the Cavs beat the Raptors in six games.  Lebron knows he has to win a championship this year.  Otherwise, getting to the the finals six times and winning only twice is like a chick getting pregnant six times and having only two kids.  After the Cavs eliminated the Raptors, Drake is ready to buy a Lebron jersey. 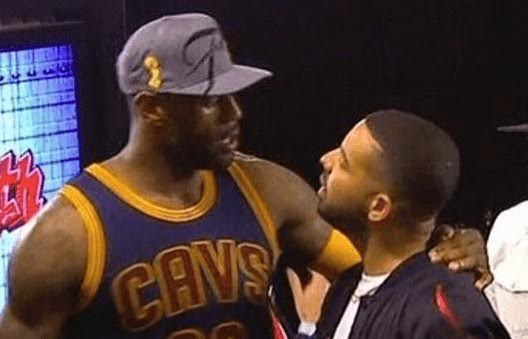 Clippers center DeAndre Jordan was named first team All-NBA, which basically makes him the recipient of the “We Hate DeMarcus Cousins” award.  Jordan is a nice player, and one of the better centers in the NBA.  However, his first team selection is simply a product of a flawed voting system, and a weak set of centers.  Jordan probably couldn’t score against Shaq, Patrick Ewing, or David Robinson at their current ages.  A 2nd team with Cousins and Kevin Durant is laughable when you consider DJ is on the first team.  It probably would have made more sense to put Draymond Green as first team center over DJ.  Green received more overall votes than DJ but fewer at the center position.  I suspect this voting flaw will get fixed in the coming years.

The Lakers are closing in on a deal to make Brian Shaw their lead assistant on Luke Walton’s staff.  This is fantastic news because Shaw has been one of the best lead assistants in the game, despite his unsuccessful head coaching stint with Denver.  Shaw was great under Phil Jackson, helping the Lakers win two titles, and great with player development with the Pacers.   I’m even more impressed with the fact that Jim Buss would approve of an assistant that was associated with the Phil Jackson regime.  Whether the Lakers end up with a veteran team, or a young team, Shaw will command respect from the players and be an important part of Walton’s staff.

To baseball, where we got a very brief glimpse of Dodger prospect Julio Urias on Friday in New York.  His start lasted about as long as Jeb Bush’s Presidential campaign.  The kid might end up being good and all, but he’s only 19, and way too far away from making an impact to get excited about.  That makes me even more dumbfounded why the Dodgers didn’t sign Zack Greinke for the extra year he wanted.  By the time Urias can actually contribute, Clayton Kershaw will be in a retirement home.  What the Dodgers should be doing is trying to get something for Yasiel Puig, while has has some limited value left.  When the guy is hitting only .250, I can’t deal with his complete stupidity at times.  I say call the Mets and see if they are willing to swap Matt Harvey for Puig.  Both are low cost reclamation projects.  Andy Friedman loves injured pitchers, so why not take your chances with one who could be an ace?  Then the Mets can put Puig in an environment where he is more comfortable with fellow Cuban outfielder Yoenis Cespedes.

As for the Angels, they lost 2 out of 3 for the third straight series over the weekend.  This time is was to the struggling Astros.    It’s tough to find a whole lot of positive here.  How long does Albert Pujols have to hit .220 or less before Mike Scioscia moves him down in the order?  Seems like every hit or home run he gets comes with nobody on base, or in blowouts.  The guy is also a machine when it comes to hitting into double plays.  Pujols contract makes the Mo Vaughn signing from years ago look like a bargain.  It was good to see Matt Shoemaker find his game on Friday, but the rest of the starting pitchers have been laying an egg of late.

I’m absolutely amazed at how much money these athletic apparel companies have to spend, and how they spend their money.   UCLA is clearly the beneficiary of location, after scoring a record $280 million contract with Under Armour.  I realize that the company wanted a larger presence on the west coast, but Notre Dame and Ohio State must think they got short changed after that, since they currently have more successful athletic programs.  The bad news for UCLA fans is that this will only keep AD Dan Guerrero around for longer.  As for those bitching about college athletes not reaping any of the financial benefit, it’s not as simple as just writing a check to the athletes.  Should football and basketball players get paid more than other athletes? Do star players on teams deserve more? You all forget that this money supports the 15 other sports that don’t bring in real money for schools.  I admit, I’ve come around a little on this issue in thinking that a scholarship isn’t necessarily enough, but nobody has a real solution to fairly compensating student athletes beyond that.    One idea could be to provide some level of compensation for those athletes that actually graduate, while another portion of funds goes to helping truly needy student athletes.  There’s a reasonable compromise to be made between the NCAA’s archaic rules and division I football and bball players desire to make it rain by driving Lambeau’s and Ferrari’s to school.  I’m just not sure we’re going to get there anytime soon.

The news about the sexual assault scandal that broke at Baylor this week is a reminder of the atrocities going on in college athletics, and especially college football.  Some of you probably thought the Jerry Sandusky scandal at Penn State a few years ago was an isolated incident.  It wasn’t.  The bottom line is that numerous institutions are turning their back on sexual assault victims, all to protect their money making machine that is their college football team.  Since media coverage is so much more vast today, you can be sure we will be hearing about more of these incidents where rape victims are no longer intimidated to come forward, even if legal action is required against the universities they attend.  Art Briles is just one of many college football coaches that are morally bankrupt.  As for Baylor, if a ban is imposed for a year or two on the team, which it probably should, then the players should be allowed to transfer elsewhere to continue their collegiate careers.

Let’s go to the ice where the Kings are already starting the shakeup.  Dustin Brown has reportedly been asked to relinquish the captaincy.  Brown has gone from a bruising power forward and emotional leader of a two time Stanley Cup Championship team, to an overpaid player whose production is in severe decline.  Changing captains isn’t as big of a deal as you would think.  Back in ’89, the Kings asked Dave Taylor to give up his captaincy to Wayne Gretzky.  The Sharks currently have Joe Thornton and Patrick Marleau on their team, who have both been their team captain at one point during the last 7 years.  Joe Pavelski is now their captain.  The real question is whether or not Brown is going to remain a King, and whether or not he can have the effectiveness of 3-4 years ago.  General Manager Dean Lombardi is abandoning the loyalty that he used in his decision making the last few years, and is all business.  He may be putting pressure on Brown to waive his limited no trade clause to make it easier to move him.  More than anything though, the Kings clearly recognize that changes need to me made in both leadership and roster to become Cup champions again.

The Sharks and Penguins will be battling it out for the Stanley Cup starting tonight.  These are two teams that most people thought would be undergoing major rebuilds after last season.  Instead here they are, reminding us of the parity in the NHL.  The Penguins were smart enough to go back to Matt Murray in goal, which helped them get back to the final.  Even though they have arguably the best player in the world in Sidney Crosby, the Sharks are too big, too deep, and have better special teams.  I’m taking San Jose in five games, which will sadly forever ruin anymore jokes Kings fans can make about them.

Finally, Game of Thrones went down last night on HBO.  Spoiler alert for those of you who have yet to see it so read no further if you plan on watching later.   This episode was bound to slow things down after last week, but still provided some interesting storylines.  The Sam and Gilly storyline seemed pointless at first, however, by the end, we learned that he’s grown a pair of balls after all this time, standing up to his father, and stealing his sword.  He may be a minor character, but he’s had a big transformation.   I knew it! Arya wasn’t going to go through with this no name nonsense.  I’m sure she’s going to beat the crap out of The Walf, or Jaquen will change his mind and save her.  As for what’s happening in Kings Landing, Margaery knows how to play the game, and would tell Tommen anything because she’s dying just for some shampoo and conditioner at this point.  Tommen is swayed so easily by both her and the sparrow.  That kid isn’t going to live long the way things are going.  The high Sparrow is way more deceptive and powerful than we thought and is still winning the game against the Lannisters.  Since Jamie is headed to Riverrrun and so is Brienne, I smell an awkward reunion coming between the two.  We had to have at least one super evil guy in the episode, and since we didn’t get Ramsay, we got the old and crusty Walder Fray.  These Bran visions are cool and all, but can he actually impact the past already? Those Daenerys speeches never get old, but getting the Dothraki on board ships won’t be easy, since they are afraid of water.  Sounds like she’s going to need a bigger army and more ships.  Four more episodes to go and it’s gonna get intense from here! 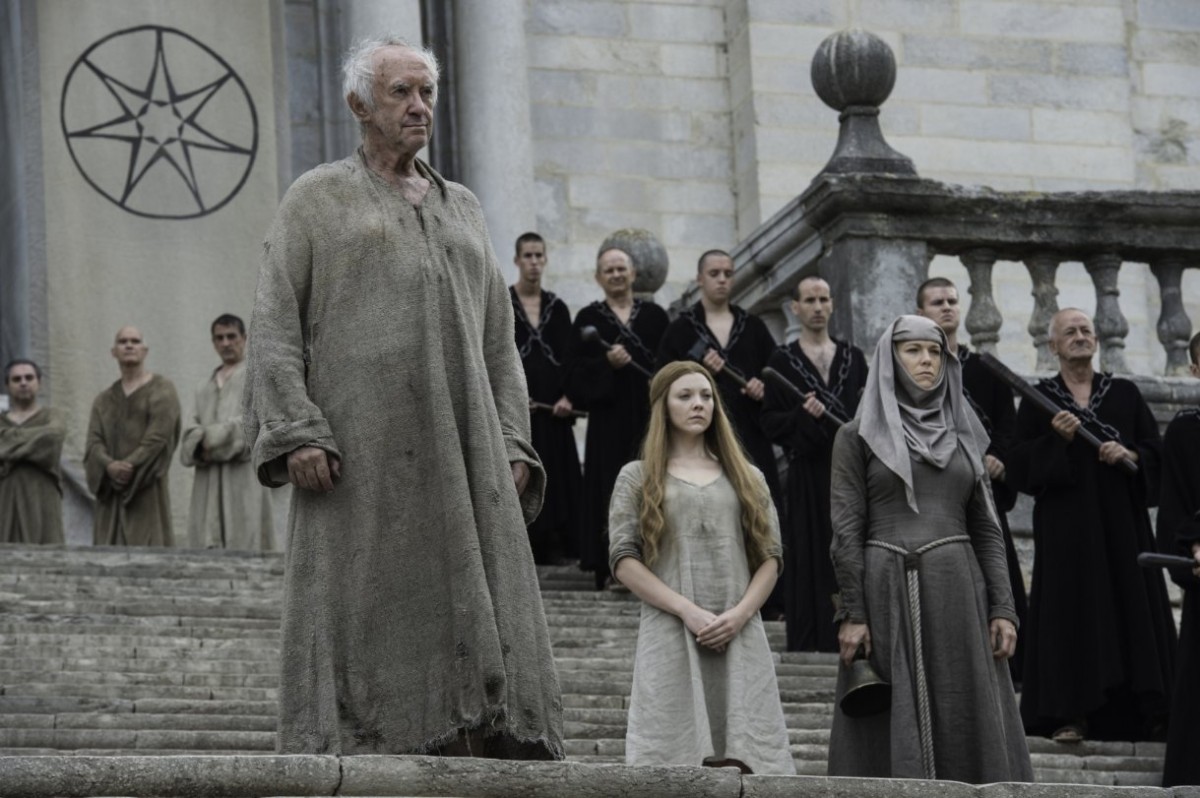