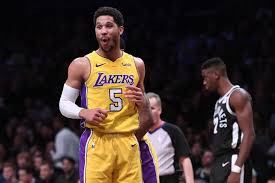 Let’s start with the latest piece of good news for the Lakers. Josh Hart is balling, and he might even be in line to be starting next season after winning the Summer League MVP. The bad news is that the Lakers keep signing crazy people, with the latest being Michael Beasley. I guess Lebron told Magic to do whatever he can to make Lavar irrelevant. All he needs to do is sign Kim Jong-un and Dennis Rodman and the mission will be accomplished.

To baseball, where somehow the Dodgers acquired Manny Muchado from the Orioles last week. Never could I ever image that Andrew Friedman would give up 5 prospects in a trade for anyone. The Orioles must have thrown in a free Fortnight subscription under the table to sweeten the pot and get the deal done. Muchado was much needed and he’s going to help, but the Dodgers aren’t as good as last year and still need pitching. The good news however, is that Matt Kemp is still on fire. With Muchado hitting in front of him, Kemp hasn’t had this much protection since dating Rihanna a few years ago.

Meanwhile, the Angels did a nice job of coming to Mike Trout’s defense, after Commissioner Rob Manfred suggested Trout isn’t doing enough to market himself. That’s the only positive thing the team has done in weeks. If Manfred knew anything at all about marketing or even cared, he probably would have made sure 70% of the LA market could watch the Dodgers on TV, which isn’t the case today. Even if I look at the biggest stars in baseball in the biggest markets, they are much smaller than stars in the NBA and even NFL. Clayton Kershaw is the best pitcher of his generation in the 2nd largest media market, and he should be a much bigger superstar. Kris Bryant drove an Uber around Chicago several years ago, and nobody recognized him. I guess Rob Manfred is just as clueless as Bud Selig was, because baseball has no idea how to market toward the younger generation of fans they need to make the game more popular than it is now.

Speaking of baseball stars, is there a more overrated star than Bryce Harper? For years, we’ve seen ESPN trip over themselves covering this guy the way they cover Lebron and Tiger Woods. Harper is nothing more than a .214 hitter, who’s advanced statistics make him look even worse in an era dominated by analytics. Somehow, some moronic team is going to pay him $400 million over the next 10 years beginning this winter. It’s amazing that he was once compared to the greatness of Mike Trout.

I sure hope the Rams are planning on getting a deal done with Aaron Donald any second now. Brandin Cooks hasn’t even played a single down for the team yet he was guaranteed $50 million. Donald is only one of the best players in the entire league, yet the Rams keep waiting to pay him the way most people keep delaying paying off their credit card statement. Even if a deal does get done soon, it’s a really bad look for the Rams to pay Cooks first, and can’t be sitting very well with Donald if this negotiation goes on for some time.

I have been a massive fan of Shark Week for 20 years, and I’m beyond excited it’s back on this week. However, I don’t need all the celebrity cameos. If I wanted to see Shaq, I’d just watch Inside The NBA. If I wanted to see Ronda Rousey, I’d watch the WWE, but if that ever happened I’d probably be doing drugs. I like how she’s too scared to get back in the octagon, but perfectly fine swimming with sharks without a cage. In any case, I don’t need celebrities, and I don’t need the sensationalism of Shark attacks, or any more history on Jaws. I want to know what more we’ve learned about Sharks lately, and about some of the crazy alien like species we’ve seen little of. That’s what Shark Week should always be about. Increasing our fascination with these amazing animals, and not making us more terrified of them. 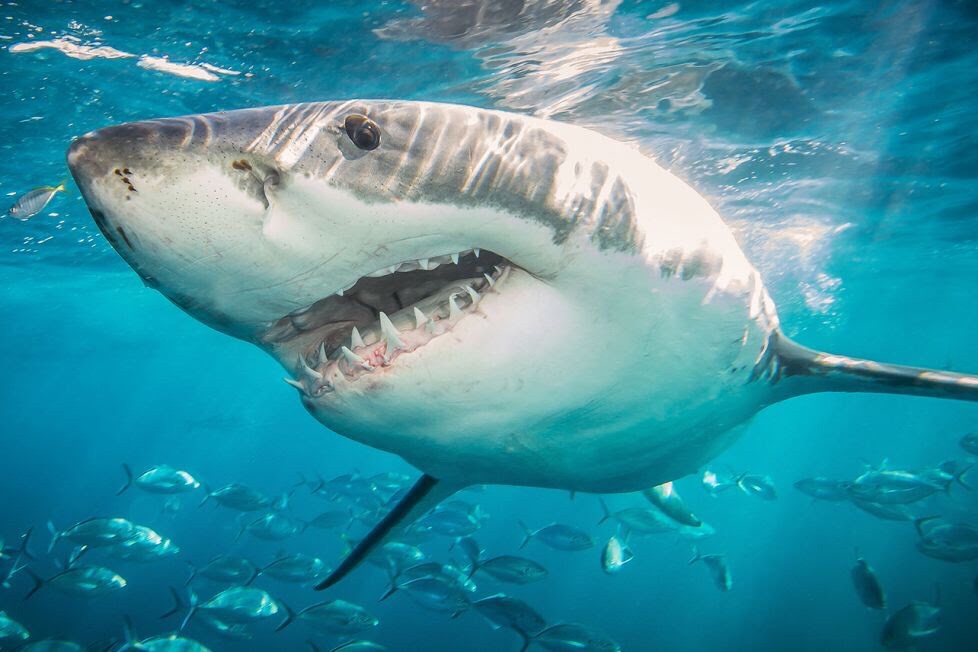 Finally, another episode of The Bachelorette is going down tonight on ABC. Is Tia supposed to be The Bachelorette or is Becca? You’d never know from the last episode. I guess she thinks she’s already in Paradise where it’s perfectly acceptable to steal another dude. Tia is that friend who secretly hates you and is fake happy for your success. Colton says he’s never brought a girl home, but the Internet has the receipts when he dated Aly Raisman. There’s deleted scenes somewhere of Chris Harrison using a banana to teach Colton how to put on a condom. Can’t believe he kept a straight face during that fantasy suite conversation. He deserves an Oscar. That was also the most obvious rose ceremony ever. Could have saved everybody a lot of trouble just by sending Colton an email saying “you’re out.” I would be pissed if I was a high school teacher and had to come in on a weekend to film an episode of the Bachelorette. Who is Betty Lou?? I like how Becca wraps her legs around every dude like he just got back from war in Afghanistan when she meets them. Hopefully we get a good last few episodes but I’m not so optimistic. 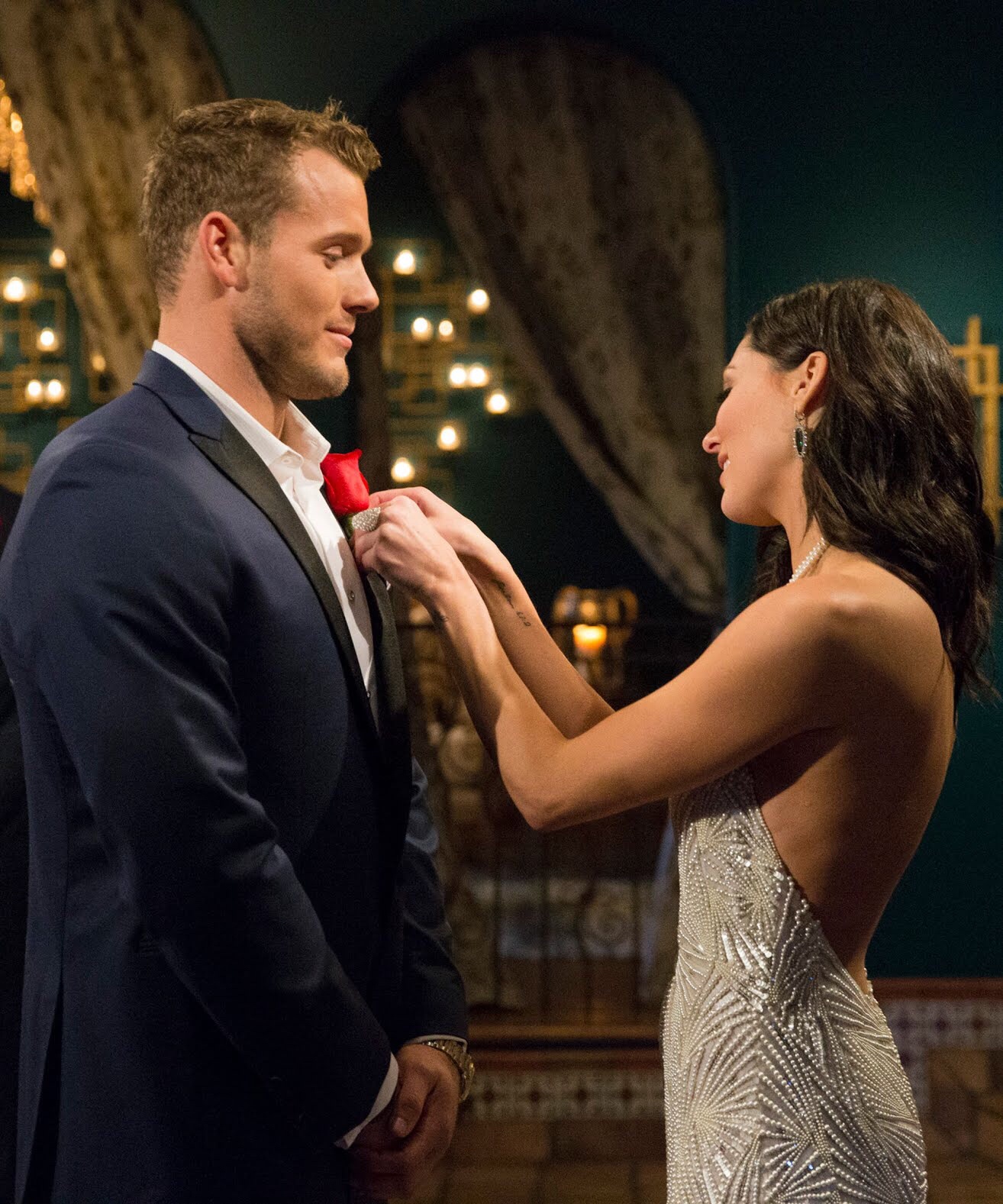