It’s fantastic the Lakers were able to sign Lebron and all, but apparently they decided it would be a good idea to make him feel at home by surrounding him with a bunch of useless role players that can’t shoot.  It’s like the guy never left Cleveland.  Lebron himself is apparently signing off on all these moves, just like he with the Cavs, which explains a lot.  They say every team needs a crazy guy to win a championship, but the Lakers now have 3 with Rajon Rondo, Javale McGee, and Lance Stephenson.  Now there’s all these rumors that the Lakers are going after Damian Lillard, but apparently the people that start these rumors are exempt from using their brains.  Why would the Blazers trade Lillard with 3 years left on his contract? I’m not sure why the Lakers would give up all their promising young players either if they wouldn’t do it for Kawhi Leonard, who is a better player than Lillard.  There’s also the ‘Melo rumors.  I realize many of you aren’t fans, but you can certainly do a lot worse than Carmelo Anthony on your team for a minimum salary.  I say inflate the Banana Boat!

Meanwhile the Clippers’ strategy is very clear now.  They want to be bad, get a high pick and be players in free agency in 2019.  The problem is, I’m not so sure the Clippers are bad as they need to be.  A starting lineup with Patrick Beverley, Avery Bradley, Tobias Harris, Danilo Gallinari, and Martin Gortat is capable of winning some games.  They won’t make the playoffs in the West, and obviously any team with Doc Rivers coaching it in this day and age will probably suck, but they probably won’t be one of the 5 or even 10 worst teams in the league.  Things are back to being so grim for the Clips that Clipper Darryl has officially jumped ship and is now a Laker fan.  I’d sure like to know how Vic “The BrIck” Jacobs feels about this before letting him on that bandwagon.

Thank god for NBA free agency during these boring dog days of summer.  I don’t know about the rest of you, but once DeMarcus Cousins decided to ruin the offseason by signing with the Warriors, I felt like jumping off the roof.  Then again, the joke is on Boogie.  A $5 million salary in San Francisco should afford him a studio apartment with 11 roomates.  Here’s a nice little recap of the last few weeks in three minutes.  Enjoy!

I’m still trying to figure out why the Dodgers alleged ownership scandal isn’t a bigger topic of conversation.  In case you aren’t familiar with it, Guggenheim is facing a lawsuit claiming it defrauded annuity investors in connection with its purchase of the Dodgers.  Look on the bight side though.  Even if the team goes through bankruptcy again, it isn’t really an issue because Andrew Friedman is already running them like a small market club with no money.  I keep hearing Manny Muchado’s name come up in trade rumors but Friedman never gives up big time prospects.  He would also never pay $400 million for a player.  When it comes to signing and trading for players, Friedman is like the son of a rich father who insists on eating at McDonalds and shopping at JC Penny.  Nobody ever said you have to blow money, but it’s ok to treat yourself to Morten’s or shop at Gucci every now and again if you can afford it.

It’s July and the Angels season is already over.  They are buried in both the AL West and the Wild Card.  They need to start playing these Freeway Series games before the middle of the summer because the Halos are almost always toast by the time they start playing the Dodgers.  Actually, the biggest issue with the Angels is just their lack of relevancy.  They have the best player in baseball and one of the best all-time, and he’s hardly talked about.  The rest of their team is always consumed by injuries.  Hard to imagine this changing anytime soon with it being an annual tradition.  Even with Trout, it feels like the Angels haven’t been really exciting since the days of Vlad Guerrero a decade ago.

We’re down to just four teams left in the World Cup.  Imagine how disappointed Trump was when Russia lost to Croatia.  I’m thinking he actually placed a bet on them at 500-1 before the tournament started, thinking his boy Putin would find a way to rig it.  If Hollywood needs to find some better actors who are of a variety of different ethnic backgrounds, they should start auditioning some of these soccer players.  The flopping is just non-stop.  England is going to be taking on Croatia, and the British haven’t been this excited since they learned what a dentist is.  If I add up the total population of England, France, Croatia, and Belgium, it doesn’t even equal half of the population in this country.  Yet we still can’t find 11 talented enough dudes to play soccer.

Very sad news about former UCLA and former NBA pro Tyler Honeycutt, who was shot was killed over the weekend in Sherman Oaks.  This story is not only sad, but shocking and very confusing.  It’s hard to imagine how a guy like that ended up in a situation where he was barricaded in a house and exchanging gunfire with police.  Nevertheless, my thoughts on prayers go out to the family.

Finally, another episode of The Bachelorette is going down tonight on ABC.  As if going to Virginia wasn’t bad enough for an episode, remember that Lauren B is from there.  They really are trying to make sure that Becca won’t forget will they? The devil works hard, but producers of The Bachelorette work harder.  This show is simply running out of date ideas though.  “We’re just going to walk around and explore the city together” is code for “we ran out of date ideas.”  Did anybody really remember anything about Connor prior to the last five minutes of the last episode?  It was definitely time for Chris to go.  The man was completely disrespectful to those of us with high cholesterol and who like to eat eggs on a daily basis, and clearly Becca agrees.  Leo seems like one of the most normal dudes we’ve ever seen on the show.  That’s probably why he’s going to get cut.  Colton is going to win this.  It’s practically a Bachelorette law that if you’re a failed ex pro athlete you’re going to last until the end.  Especially with Clay being gone, Becca had to have another football player sticking around.  Hopefully we get a better episode tonight. 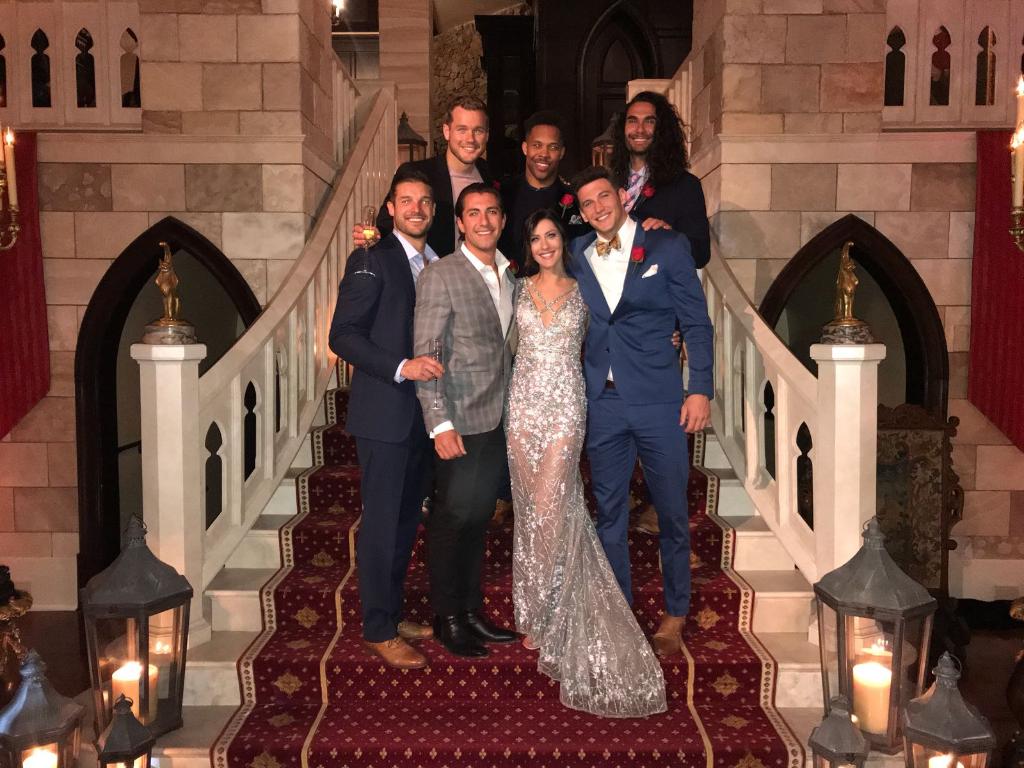