We’re only 2 games into the 2013 college football season, and we’re already on Kiffin Watch.  USC athletic directory Pat Haden insisted that Kiffin was not on the hot seat last month.  However, after Saturday night’s debacle at the Coliseum, he’s gotta be thinking about replacing his head coach soon.  The Trojans lost their home opener in pathetic fashion to Washington State by a score of 10-7.  Kiffin has completely micromanaged both of his quarterbacks thus far, and the Trojans scored their fewest amount of points in a game in the last 10 years.  Do you hear that sound Trojan fans?  No, it’s not the fans booing Lane Kiffin off the field on Saturday night.  It’s the sound of USC free falling out of the top 25.

If the Trojans can’t beat WSU at home, then who can they beat?  As much as UCLA and Notre Dame fans are enjoying seeing USC suffer, it’s going to hurt their strength of schedule big time.  After Notre Dame lost to Michigan in the Big House on Saturday, the Irish are going to need some quality wins to get back in the BCS race, and beating up on a crappy Trojan team won’t be one of them.  Same can be said for the Bruins, who have BCS aspirations as well.

Speaking of the Bruins, they’ll be playing with heavy hearts against Nebraska next week, after wide receiver Nick Pasquale was killed in a tragic accident on Saturday morning.  Pasquale spent the weekend back at home in San Clemente, and attended his alma matter San Clemente High’s football game on Friday night.  On Sunday morning at 1:27 am, he was struck by a car on the corner of Camino De Los Mares and Calle Nuevo, in San Clemente.  The accident is still being investigated.  Pasquale was a 20 year old, redshirt freshman, and appeared in the Bruins season opening win against Nevada.  As someone who grew up in San Clemente, it’s certainly easy for me to imagine how a pedestrian could be hit in a neighborhood that is not very well lit at night.  My thoughts and prayers go out to the Pasquale family after this tragic loss. 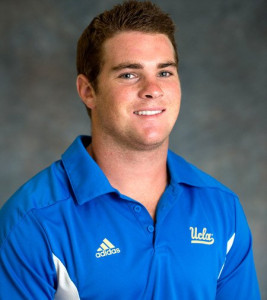 Here are my thoughts on the NFL season after week 1.  The Steelers are going to be terrible this year.  Colin Kaepernick singled handedly defeated my fantasy team this week, and he might make the 49ers even better this year.  The Cowboys season opening win against the Giants was very predictable, as will be their collapse come January.  Are there any good running backs left?  Shane Vereen was the only running back in the league to rush for 100 yards this week.  My fantasy football team desperately needs help at wide receiver!

On to baseball, where Don Mattingly and the Dodgers have certainly taken their foot off the gas pedal over the last 4 games.  The Boys in Blue were swept by the Reds over the weekend, and after losing 3 straight one run games, they’ve lost four in a row.  Since LA has an 11 game lead in the division, and a magic number of 10 with just 20 games left to play, this doesn’t seem like a big deal.  However, there’s some unsettling trends taking place of late.   The Dodgers are just 2 games behind the Braves for home field advantage throughout the NL playoffs.  However, Don Mattingly doesn’t seem to have any interest in home field, because he started Edison Volquez on Wednesday at Coors Field, and rested his 4 best players.  Then against the Reds, he managed without any sense of urgency, refusing to manufacture runs in tight, one-run games.  The Reds were a far more desperate team, and even though they needed the games more than the Dodgers, LA can’t just sit back and wait for the 3-run homer to bail them out.

Meanwhile, Matt Kemp hasn’t given up on a return this season.  Even after straining his hamstring during this rehab assignment, Kemp is still trying to get back into the lineup.  Don Mattingly said Kemp will need at least another 10 days to get ready, and that’s if he doesn’t suffer any more setbacks.  That would leave him just 11 games to convince the Dodgers he’s ready for the playoffs.  Knowing Kemp, he’ll probably break his wrist signing an autograph for a fan, which will effectively end his season.

We’re only a month away from the start of NBA training camp.  My friend Eugene Kim informed me that after several years on the waiting list, he has finally become a Lakers season seat holder.  Eugene told me he plans on attending only “the crappy games.”  Well Eugene, I guess you will be attending all the games this year, because when Mike D’Antoni is your coach, every game is going to be a steamy pile of crap.

What an amazing cliff hanger Breaking Bad left us with last night!   Spoiler Alert for those who have it on DVR.   Before I get to the cliff hanger, I’ve got to mention how the tables finally turned on Walt.  Hank tricks Walt by taking pictures of a barrel of money, and making him think that Jesse is going to burn all of his money that he buried out in the desert.  In the process of Walt racing out to the desert, he is on the phone with Jesse, and incriminates himself by discussing all of his previous criminal activity.    I certainly did not see this one coming.  Jesse is a rat!  He broke the code among criminals, and turned on Walt by rating him out to Hank.  Then again, I never imagined that Walt would ever hire someone to kill Jesse.

Hank slaps the handcuffs on Walt, in a moment that suddenly made the show seem like a modern western.  The good guy forces the bad guy to surrender, and come out slowly with his hands up.  For just a moment, morality and righteousness was prevailing.  Hank calls his wife Marie to celebrate his capture of Walt, and I suddenly got this uneasy feeling that this may be the last time these two may ever speak, and that something bad might happen to Hank.  Moments later, a car shows up with Todd, Uncle Jack, and his band of thugs.  Both sides opened fire, and a gun fight ensued.  Walt and Jesse are both hiding in the cars to avoid the flying bullets, while Hank and his partner Gomez are hiding behind the car during all the gun fire.  That’s when the episode ended!

In addition to the tables finally turning on Walt, it also seems like he’s becoming overly emotional.  He didn’t want to kill Jesse, and reluctantly agreed to it, then called it off at the last moment.  When Uncle Jack shows up, Walt pleads with him not to open fire and klll Hank.  Of course the irony of this is that if Hank is killed, many of his problems are probably solved, and he can be free again.  Thus, it seems like Walt is emotionally conflicted.  With just three episodes left, I get the feeling this is rapidly moving toward an explosive ending.  Walt participated in all this horrific criminal activity to secure his family’s financial future.  Now it seems possible he could lose his family and everyone he cares about before it’s over, which would leave him with a pointless pile of money for a man with only a few months left to live.  This means when it’s over, there will be no winners.  Just one loser. 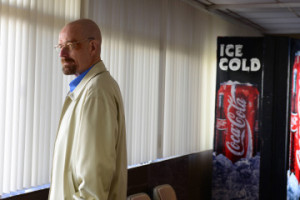