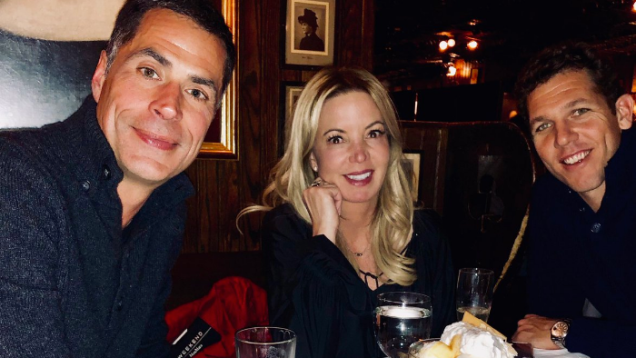 NBA executives have lost their minds.  Lavar Ball ran his mouth saying nobody wants to play for Luke Walton.  Just because the Lakers didn’t make some statement supporting Walton, they think he’s going to get fired.  The Lakers don’t make statements supporting their coaches when I rip them on Jock Talk LA, or when some guy at the barber shop talks badly about them.  Lavar Ball is entertaining, but his opinions carry no more weight than mine or barber shop guy, so no need for the statement.  In fact, they are handling it well by not even addressing it.  By the way, the Lakers have won 4 in a row and are finally beating crummy teams they were losing to before.

Meanwhile, there’s actually quite shocking news related to the Clippers.  They recently talked to Minnesota about a Blake Griffin for Karl-Anthony Towns trade.  Forget the fact the Timberwolves would never do that deal.  The story is that the Clipps are actually ready to move on from Blake.  This guy has been the face of the franchise for the last 7 years, but it’s clear they are not looking to rebuild around him, but rather just blow it up.  A Blake trade will probably come later, but the DeAndre Jordan trade looks like it could be coming before February’s trade deadline.

To the NFL where it was a wild divisional round weekend.  Marcus Williams was trying to tackle Manti Te’o’s girlfriend on that last play in the Saints-Vikings game.  That was a great game with an unbelievable finish.  Sean Payton will probably get up this morning and throw a challenge flag disputing the fact the sun actually rose.  Steeler fans better put some chloroform on those terrible towels to knock themselves out.  So much for that Patriots re-match they were talking about all week.     The Falcons loss capped a rough week for football fans in the state of Georgia.  Marcus Mariotta needed to throw a lot more touchdown passes to himself if he was going to beat the Patriots.  Can’t wait for the Nick Foles vs Case Keenum battle next week in the “Jeff Fisher Can’t Hurt Us Anymore Bowl”.

The Chargers will apparently be playing in London next season.  Great! Maybe the NFL will consider leaving them there after the game! The Chargers may have had an improved ending to their season, but their ownership is clueless, and so are the other NFL owners that thought it was a good idea to put two teams in LA.  I give it five years before they pack up and move back down the freeway,

I don’t know what was more disappointing this weekend.  Reading about Dan Guerrero’s interview with the LA Times, or seeing UCLA basketball lose at home to Colorado.  Guerrero found a way to say a whole lot without actually saying anything.  He also claimed that the expectations at UCLA are to win national championships.  If that’s the case, I’m not sure why the follow up question to that wasn’t “well then why is Steve Alford still coaching the basketball team then?”  Then Alford’s team takes the floor and looks completely unprepared to play against Colorado.  No defense, no offensive flow, and it doesn’t look like the players are even developing.  UCLA is hardly even a lock to make the tournament right now.  Remember when everyone said the Bruins were going to be even better this year? Apparently not.

Yu Darvish reminds me of a woman who thinks she’s super hot and over exaggerates the level of interest a handful of guys have in her.  Darvish tweeted five teams are interested in him: the Yankees, the Astros, the Rangers, the Twins, and the Cubs.  Except the Yankees pulled their offer for him after 48 hours, the Astros made a trade for Gerrit Cole, the Cubs can bring back Jake Arrieta for less, and the Rangers don’t seem to want to spend.  Meanwhile the Twins are ready to show him the money, but it’s clear he has no interest in going there.  I won’t be surprised if he takes a 1-year deal somewhere with a “mystery team”.  Hopefully that mystery team isn’t the Dodgers.

Finally, we’re headed for episode 3 of The Bachelor on ABC tonight.  However, episode 2 was bizarre.  It felt like we were watching episode 8 of the season given that Arie basically had a hometown date.  Best line on the show: “I’m not sad about leaving you I’m sad about leaving all my new friends.”  Krystal’s smile and laugh are already giving me a headache.  Why doesn’t anybody ever eat their food on these dates?  Bibiana is tailor made for Bachelor in Paradise.  I get that she’s playing the role of the “hot tempered Latina”, but ABC doesn’t need to top if off with the Mariachi music they play when she’s on screen.  Becca clearly went on the best date in the show’s history because she got to keep all that designer gear.  If she was smart thought she’d sell it  for a nice chunk of change.  Annalise’s bumper car trauma is the whitest thing I’ve ever heard.  “Bumper Car Trauma” is going to be my new excuse for everything.  Here’s a reenactment of her trauma.