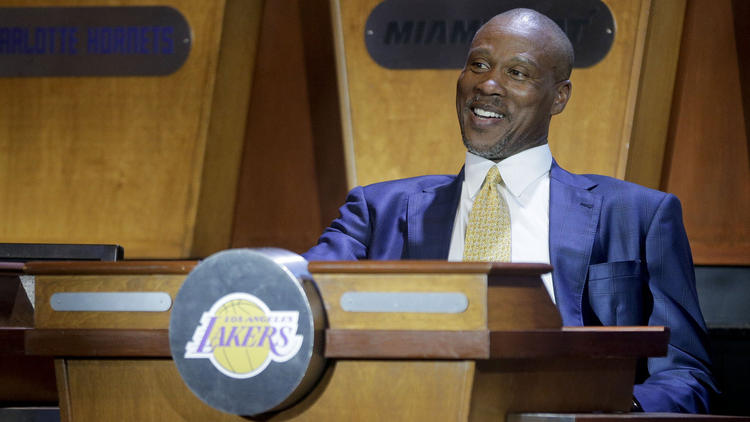 Suddenly, everything might be ok in Lakerland.  Last week the ping-pong balls bounced their way, and they not only kept this years first round pick because it was in the top 5, they ended up with the 2nd pick.  Laker fans haven’t been this happy since the Clippers were eliminated from the playoffs a few days earlier.  Even on a night where it’s just the NBA’s losers separating themselves from other losers, the Lakers gave their fans reason for hope.  In fact, you can actually get excited about having at least 3 young players to build with including Jordan Clarkson, Julius Randle, and this years lottery pick.  This also starts to make the Lakers a slightly better free agent destination this summer.  Had they lost the pick, the front office might have done something reckless to make up for it.  Meanwhile in New York, Knick fans were jumping off the Brooklyn Bridge when they settled for the 4th pick.  I guess New York forgot that the tanking was supposed to stop after the season ended.  Those bozos will probably trade the pick to Cleveland for JR Smith.

As for the Lakers pick itself, the choice is simple: Karl Anthony Towns or Jahlil Okafor.  Either player would be a fantastic addition, and would put two cornerstones in LA’s front court for the foreseeable future.  The notion that the team should pick D’Angelo Russell #2 because “it’s a point guard driven league” is just foolish.  Impact big men are rare, whereas there are players like Russell available every year.    Towns is a great defensive player, but Okafor has amazing post moves, and is a high enough IQ player to learn to be a good defender.  The choice is Okafor.  Some may want to trade the pick as well, but what’s the point of gutting your team for Demarcus Cousins or even Kevin Durant if there’s nothing left to keep you competitive?

It’s amazing how everyone completely forgot about the Clippers a couple of days after they were eliminated, and once the Lakers had their lottery luck.  For an owner like Steve Ballmer, at some point after he bought the team, he had to have asked himself if he should move the team up to Seattle, a town that is begging for the return of the NBA.  If the Clippers left tomorrow, would anybody around here really care?  I doubt it.  The only thing that’s here for them is money, but that’s enough to keep them around.  Meanwhile, the conference finals are just terrible match ups.  Lebron James could win the Eastern Conference with his children on his team.  In the West, Dwight Howard is softer than a pillow fight between Drake and Chris Brown.  This play sums up his entire career….

Why are people already talking about a Super Bowl coming to LA in 2020 when we don’t even have a new stadium yet?  It sounds to me like the NFL wants two teams back in LA a lot more than people around here do.  I also find it interesting that the Chargers and the Raiders are making all this noise about their stadium situations in their respective cities, but Stan Kroenke is being very quiet and not saying a word.  That’s the sign of an owner who is going to move the Rams one day, no matter what legal action the league might take against him.  It looks like there is a lot less red tape to getting a stadium done in Inglewood than getting one done in Carson.  The question is whether or not the Raiders or Chargers would want to share a stadium with the Rams if they move first.  I doubt it.

Let’s go to the ice where the Ducks and Blackhawks are having a pretty good battle in their Western Conference Finals best of seven series.  This series may be tied at 2-2, but in the first four games, it has felt like Anaheim has been the better team.  In every moment of this series it has felt like you are just waiting for Anaheim to start dominating.  They are bigger than the Hawks, and just as skilled.  In game 4, they wiped away a two goal deficit by scoring twice in a 37 second span.  I came back from the restroom and a 3-1 deficit had turned into a 4-3 lead.  They are that good, while the Hawks have been opportunistic.  More importantly, Anaheim is getting phenomenal goaltending from Freddy Anderson, who has shown that he’s capable of stealing a playoff game or two.  It may take 7 games, but I think Anaheim has this.  Even though most of their fans are still trying to figure out why they didn’t get a point the other night when they went to overtime.

I was beginning to think the Dodgers might never score again with the way they played last week.  These are the type of offensive droughts I feared when this roster was put together.  To make matters worse, watching LA play against the Giants is like watching a bad little league team go up against professionals.  This new Dodger regime has no idea about the importance beating your hated rivals, and it’s costing them in the standings.  Is Clayton Kershaw ever going to pitch like the $215 million MVP he was last year?  Is Carlos Frias going to toss more stink bombs like he did yesterday?  The Dodgers need help in their starting rotation now that Hyun-Jin Ryu is done, and they need to get back to scoring runs.  When you really think about it though, getting shut out shouldn’t be too difficult for LA to take, considering that 70% of their fans have been experiencing it for a couple of seasons without Time Warner Cable.

It looked like the Halos were coming on.  Then you look at the standings, and they are still stuck in mud.  After a tough week in Toronto and Boston, the Halos are still 6.5 games back of the Astros in the AL West.  The Angels have been held to two or fewer runs 5 times this season.  That’s a disaster for a team with Albert Pujols and Mike Trout in their lineup.  We keep waiting for this offense to break out, or for Houston to come back to the pack.  Neither has happened yet through 44 games, and it may take a trade to turn this season around.

We are getting ANOTHER MLS team in LA?  I realize that the MLS is growing, and that there’s an opportunity with the growing hispanic population, but building a new stadium for a new team by the Coliseum just seems like a foolish business venture.  There’s a reason why Chivas USA failed, and it was more than just bad ownership.  This town can’t support two soccer teams.

Finally, Game of Thrones went down last night on HBO.  Spoiler alert for those of you who have yet to see it.  Overall, it feels like not much has happened in the first seven episodes of this season.  However, last night we had a series of interesting developments.  Now that Tyrion and Danny have finally met, it’s a powerful moment for the audience.  We have two of the most prominent and intriguing characters that we’ve been dying to see interact finally together.  It’s amazing how just a couple of episodes ago Tyrion had no interest in Danny and her dragons.  Now he’s very interested in joining forces with her.  As for Jorah, I’m still not entirely convinced he’s back in the queen’s good graces.  I also like how Danny is a lot smarter than other protagonists like Rob Stark.  She isn’t foolish enough to marry Daario like he is suggesting, but rather knows she needs to marry Hizdahr for the good of her kingdom.  Meanwhile, Stannis is sure to make a stupid decision in battle, even if it means sacrificing his daughter.  We saw this before with Renly, and it didn’t end well for the family.  Sansa is getting exactly what she deserves.  She’s getting raped and tormented by Ramsay, which could have been completely avoided had she just trusted Brienne.

Leave it to Game of Thrones to have everything revolve around rape.  Gilly is about to get raped by two dudes, and Sam saves her.  That leads to a sex scene with Sam.  Obviously nothing gets a women whose been raped all her life ready for some love ‘makin like getting raped by two guys right?  I think the writers lost some self-awareness here.  The irony of Cersei is that she is completely destroying Tommen’s ability to rule just to get her own revenge on the Tyrells.  I smiled a little when Cersei visited Margaery to torment her.  She is enjoying the same type of sadistic role play that Ramsay is.  This was classic moment for the show.  I had completely forgotten about that Lannister cousin she slept with and basically had kill Robert Baratheon.  Even though she’s now in a cell, I’m sure she’s far from finished.  Hopefully the last 3 episodes of the season are as intriguing as this one was. 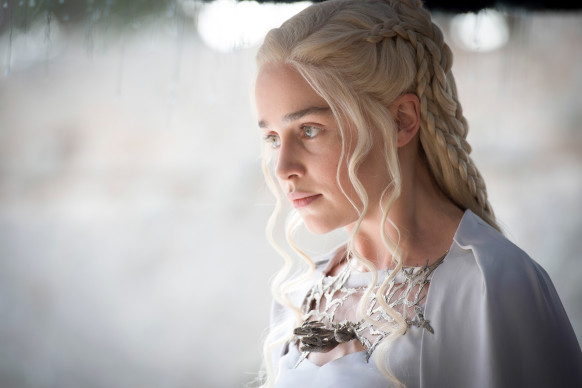