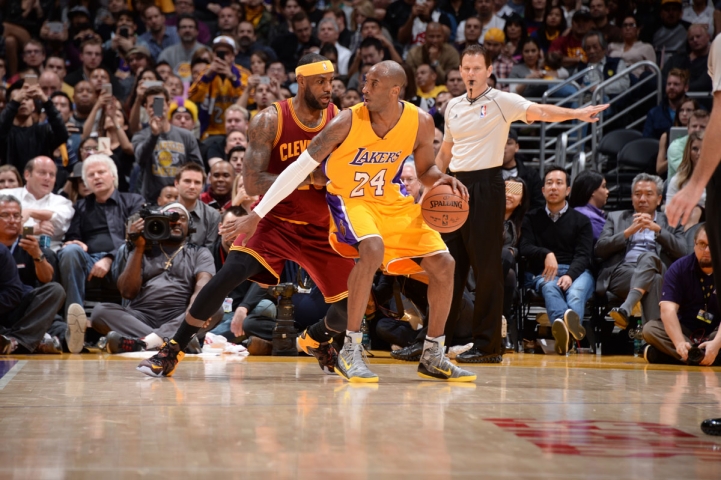 Time to face the facts folks.  Kobe may be retiring even sooner than we thought.  Thursday’s Kobe-Lebron showdown was fun for everyone involved, but it felt like it might have been the last time we will ever see it.  After the game, Kobe was asked by LA Times writer Bill Plaschke if he has considered retiring at the end of this season.  He replied  “I’d be lying if I said that it hasn’t crossed my mind.  Right now I doubt it … but anything’s possible.”  With the growing possibility that the Lakers will shut Kobe down for the season by March, that means you might have just over a month to enjoy what’s left of his career.  How can you blame him?  The team around him stinks, and it’s not even worth it for him to put his body through hell for a team that isn’t going anywhere.  He is ailing so badly, and his minutes have been managed worse than U.S. foreign policy, that he went from playing 36 minutes every game to missing 7 of the last 14 games just to rest.  As great as he was on Thursday night, I don’t want to see Kobe finish his career with a bunch of sub 40% shooting nights like his previous two games.  It was a great run, and he’s one of the greatest ever, but it’s time to hang ’em up.

Speaking of “hanging ’em up”, it might be time for Doc Rivers to hang ’em up as a General Manager after the stupid trade he pulled off last week.  Let’s review shall we.  The Clippers have desperately needed a wing player since the beginning of the season.  They traded Jared Dudley to Milwaukee, who became more productive, along with a 1st round pick.  Then Doc Rivers proceeded to trade two more wings in Reggie Bullock, Chris Douglass Roberts, and a draft pick, for his son, Austin Rivers, who isn’t even a wing!  I actually like Austin Rivers and think he can still be a decent player in this league, but Doc just wasted three assets to coach his son, who might not even be playing in the NBA next year.  That topped off what was another mediocre week for the Clippers.  They get an impressive road victory in Portland, only to blow it at home against Miami and Cleveland.  I was beginning to have some questions about Doc Rivers the head coach.  Now I’m beginning to have even more questions about him as a General Manager, which could be the biggest problem of all in Clipper Land.  Turns out Doc and Austin are the first father and son to be on the same team since Lebron James and Delonte West were in Cleveland.

Dodger fans without Time Warner Cable….are you prepared to go another season without watching your team on TV?  The FCC is dragging their feet on approving mergers between Time Warner Cable and Comcast, as well as the merger between DirecTV and AT&T.  Even Stan Kasten says he’s “very worried” about a deal getting done before the season starts.  Look, I have Time Warner Cable only because of the Dodgers, and I absolutely despise it.  However, I don’t begrudge the Dodgers for taking that crazy TV deal because it’s putting money in their pockets and helping them put a competitive team on the field.  Uh….let’s me rephrase that.  It helped them put a a competitive team on the field until they hired Andy Friedman and those small market losers to blow up a championship contending team.

Saturday night at Staples Center was another great game between the Kings and Ducks, and a nice retirement ceremony for Rob Blake.  Let me start with Blake.  I get it.  You can’t deny that he is the greatest defenseman the Kings have ever had, and it’s hard not to put his jersey in the rafters just for that.  King fans don’t have to boo him anymore.  However, his legacy with the Kings will always have at least a little stain for taking off the C, and stepping down as captain.  I don’t even have a problem with him going to another city to win a Stanley Cup or wanting more money than the Kings could afford.  However, taking off that C is downright shameful in hockey.  Nevertheless, the ceremony was very nicely done by the Kings.

As for the hockey game, when it comes to shootouts, the Kings have had more trouble scoring than Screech Powers in Saved By The Bell.  LA has not scored in its last 22 shootout attempts, and has a record of 1-7 in shootouts after losing to the Ducks.  The Kings have played like a team with ADD for the first half of the season, not paying attention to the little details at the defensive end, which has cost them.  Darryl Sutter better kick these guys in the ass, because they are putting themselves dangerously close to missing the playoffs.  As for the Ducks, just like this time last year, they look like they’ve already wrapped up a division title.  Once again, the regular season is never the problem.  They look good now, but we’ll see if their goaltending can hold up during the playoffs.  It’s too bad Corey Perry was an all-star snub.  He’s had a great season, and I hate the rule of having all 30 teams having a representative.

You guys don’t actually think UCLA basketball has suddenly “turned the corner” after beating USC and those mediocre Bay Area basketball schools do you? The Bruins haven’t lost total confidence in themselves, which was the case two weeks ago.  However, this team is still a long shot to make the NCAA tournament.  They would need to go 9-4 in their next 13 games, just to get to twenty wins.  Even then, they will be hard pressed to get an at large bid for the tournament, unless they can somehow beat Utah and Arizona.   Not only that, Bruin and Trojan basketball is becoming more irrelevant in this town by the day, especially with the limited distribution of the Pac-12 Network.  The only thing remotely interesting about that game was Iggy Azalea and Nick Young making out on the kiss cam at the Galen Center. 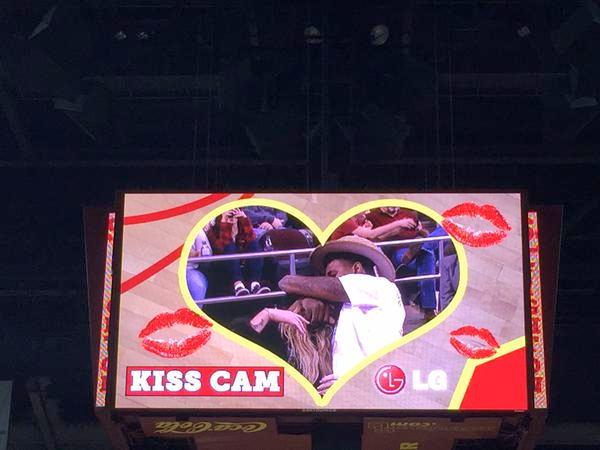 That College Football National Championship game was really something.  I learned that Ducks are really versatile.  They can waddle, run, swim, and fly.  They can also lay some huge eggs, like Oregon did vs Ohio State.  How many years have we seen Oregon dominate the Pac 12, only to get exposed as a soft undisciplined team come bowl season?  I hope somebody else in the conference can overtake these guys (are you listening UCLA???), because they are giving the conference a bad name when it matters most.  Everybody was so happy when Alabama lost to Ohio State, but Ohio State isn’t that much better character wise than Alabama.  Urban Meyer runs a completely undisciplined program, with kids that are practically criminals.  Then you actually see Ohio State fans on TV, and that does it for you……no way you are cheering for these guys.  As for Cardale Jones, and his decision to return to school, he admitted to friends “I’d rather pour gasoline on myself and light a match than become a New York Jet.”

Bill Buckner called.  Even he thinks the Green Bay Packers choked yesterday.  I can’t believe what a terrible coaching job Mike McCarthy did for the Pack.  He was extremely conservative throughout, kicking field goal after field when he could have put some serious distance between his team and the banged up Seahawks.  It was like watching someone try to win a fight by delivering one-thousand paper cuts instead of one deadly blow.  At one point if you had looked up Russell Wilson’s QBR, it would have read “Jamarcus Russell”.  Ha Ha Clinton-Dix had the biggest moment for Clinton-Dix since Monica Lewinsky.  None of it mattered.  The Seahawks have championship pedigree, and they played like it when it mattered most.  Russell Wilson, Richard Sherman, and the rest of the Seahawks may be very boring to watch.  But they have a hell of a lot of physical and mental toughness, and they get a well-deserved 2nd trip to the Super Bowl.  Sorry Packer fans.  This is probably how you feel right now…… 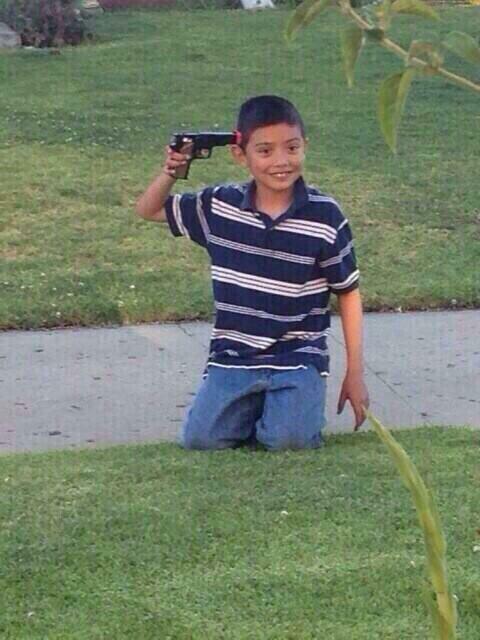 As for the AFC Championship game, that was a joke.  Andrew Luck is going to be the next best quarterback in the NFL, but he wasn’t that yesterday.  He was Andrew “Suck” instead.  The only chance the Colts had of winning that game was if the Patriots somehow became the Packers.  Amazing how at the beginning of the season, everyone was talking about how old Tom Brady was, and how New England was finished.  They’ve looked as dominant as they ever have been since that time.  Is anybody outside of Boston really happy to see them in the Super Bowl though?  Probably not.  However, the Patriots play a far more exciting style than the Seahawks, although neither team is all that likable.  Sounds like a bad matchup for New England given how tough the Seattle defense is.  I’m taking the Hawks.