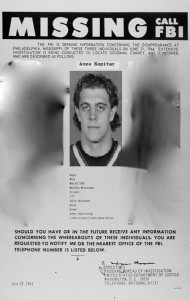 Has anybody seen the person missing in the photo above?  His name is Anze Kopitar, and he was last seen on March 23rd, at the United Center against the Blackhawks.  At one point he resembled an all-star center, however, some witnesses are claiming they have seen someone that looks like him getting destroyed by David Backes this week in St. Louis.

Every year Kopitar goes into a goal scoring coma from around game 35 until game 60.  Unfortunately for the Kings, that coincides with this year’s Stanley Cup playoffs because of the lockout shortened season.  If the Kings have any hope of coming back in their 1st round series vs the Blues,, Kopitar needs to wake up from his coma a little earlier than usual.

The Kings have been getting dominated physically.  Coach Daryl Sutter insists that he is completely comfortable with Jake Muzzin and Keaton Ellerby, but those two defenseman have been completely rattled, and should be watching from the press box.  Matt Greene and Alec Martinez need to be inserted back into the lineup for these two kids immediately, or else the Kings will be making their plans for Cancun come Monday.

Meanwhile, what the hell were Trevor Lewis and Jarrett Stoll thinking  with under a minute left in the game?  Both of them got caught up ice, gambling to try to force a turnover.  In an instant, I felt like I was watching the LA Kings of the 1990’s, who were practically allergic to playing defense.

Then there’s Jonathan Quick.  Yes, he’s played like an elite goaltender over the last two games, but his miscue at the end of game 1, and his inability to come up with a save on Jackman’s routine shot turned out to be costly mistakes for the Kings.  In the Stanley Cup playoffs, you almost always have to have the best goaltender to win, and the Quick’s mistakes have come at the worst times.  Then again, the Kings aren’t leaving him much margin for error, since they haven’t even scored an even strength goal yet.