The Bruins got exactly what they paid for in Steve Alford.  They got a Sweet 16 appearance, and no further.  Not too long ago, it was Steve Lavin who was delivering such consistent mediocrity.  Just a few years later, another Steve has been hired, and the mediocrity is back.  Of course UCLA rolled over the #12 and #13 seeds to get there, before once again, getting owned by Florida.  The Bruins defense was completely non-existent, Alford made no halftime adjustments, and his rotations were completely bizarre.  The Bruins closed within a point of the Gators, and Alford pulled out Kyle Anderson, his best player, in favor of his son, Bryce.  This is exactly why Alford gets no credit from me.  He’s playing with Ben Howland’s recruits, and when he had the chance to take the Bruins to the next level, he reverted back to the coach we all knew he was: A post season underachiever.

Now, for the next few months you’ll get to hear things like, “wait until Alford gets his own recruits in there, and the program will really take off!”  That’s gonna be tough now that Zach Lavine and Kyle Anderson are leaving for the NBA, and the Wear Twins are graduating.  Alford’s “own recruits” will mostly consist of his two kids getting more playing time, which should keep the Bruin basketball program from being elite anytime soon.  Say what you will about how Lavine not being ready for the NBA, however, he knows it’s going to be hard for him to develop with Steve Alford playing his son more minutes than him for the next few years.  In any case, the NBA and the NCAA need to agree to increase the age limit for kids to turn pro.  It will only improve the NBA game, and the college game.  I’m not sure it will help Steve Alford be a better coach though.

On to baseball, where the Dodgers had their season opener in the U.S. last night, and boy was it disappointing.  The Boys in Blue wasted a perfectly good performance by Hyun-Jin Ryu, and lost to the Padres 3-1 at Petco Park.  Not only did Ryu pitch well, but so did every other Dodger pitcher, except Brian Wilson.  Wilson might have left his game in Australia last week, but hopefully he’ll figure it out soon, since LA is paying him $10 million this year.  Wilson isn’t even the biggest pitching concern LA has right now, as their ace Clayton Kershaw is on the disabled list for the first time in his career.  Even if this seems like a minor injury, any time your $215 million pitcher gets a scratch on him, Jock Talk LA is going to freak out.  If you just bought a Ferrari, and it got just a small scratch in it during the first week you owned it, you’d be pissed.  The Dodgers can’t be happy their new Ferrari just got dinged up.

As for the Angels, they have several reasons to celebrate on the eve of their season opener against Seattle.  First, they finally locked up Mike Trout, to a 6 year, $144.5 million contract.  This is a great deal for both sides, and if anyone tells you otherwise, they need their head examined.  Mike Trout has now guaranteed himself more than $145 million for the next 7 years, regardless of whether he gets hurt or not.  He also sets up himself up for another massive payday at 29 years of age, when he can become a free agent again.  The Angels get themselves some cost certainty, and don’t have to worry about hurting Trout’s feelings in arbitration hearings for the next 7 years.  As if that isn’t exciting enough, the Halos released pitcher Joe Blanton, who has been complete garbage for more than a year.  This guys fast ball wouldn’t get a speeding ticket on the highway right now, and he was simply too much of a liability to put on the mound.  The city of Anaheim should be throwing a parade for the Blanton news alone.

Let’s go the NBA, where the Lakers are finding all kinds of new ways to disappoint their fans.  The Lake Show continues to win meaningless games, and hurt their draft status, as they have now have only the 7th worst record in the NBA.  What the hell are these guys doing?  Mike D’Antoni is probably telling his players “ok guys, let’s just keeping winning these games.  It will be great for morale, even though none of us will be here next year!”  On the bright side, Laker fans must be thrilled at the fact Marshall contacted D’Antoni recently about their vacant head coaching spot.  I was so excited when I heard this, I will even volunteer to pack D’Antoni’s things, and drive him to the airport as well.

With the Lakers visiting the Timberwolves earlier in the week, Kevin Love was again a hot topic.  ESPN’s Marc Stein reported that the Lakers will try to flip their lottery pick this summer, in a package for Love.  If this is true, this would be a terrible decision.  The Lakers are more than one player away from winning a championship, and more than one year away too.  With that being said, acquiring Kevin Love and pairing him with Kobe might improve the team, but not enough to be a championship contender.  LA desperately needs young talent, so keep the pick, then try to find other assets to trade for Love.  Besides, if he really wants to come to LA,  he can sign here as a free agent in the summer of 2015, and the Lakers don’t have to give up any assets.

The Kings are on fire right now.  Winners of 6 straight games, as well as 8 in a row on the road, which ties a franchise record.  Frankly, I’m surprised the Kings aren’t British, because they have completely owned Canada all season long.  LA isn’t likely to move up or down in their last few games of the regular season, so Anaheim and San Jose are battling hard to win the division, and avoid the Kings in the 1st round.  Anybody see Jonathan Quick’s “scorpion save” on Saturday night? Wow was this a thing of beauty…..

And finally, the season finale of the Walking Dead took place last night.  This episode kept me on the edge of my seat, and was exciting and terrifying at the same time.  To recap quickly: Daryl’s new crew holds Rick and Michonne at gunpoint, and they threaten to rape Carl.  Daryl tries to save them by telling the captors they are “good people”.  The crew doesn’t care, and they start beating Daryl.  Before they can beat him to death Rick snaps, grapples with his captor, then bites right through the guys jugular zombie style.  While everyone else is shocked in disbelief, Michonne grabs her captors gun, and shoots him.  Rick then stabs Carl’s captor.  The next morning, Rick, Michonne, Carl, and Daryl go to Terminus, and it’s exactly what most viewers predict: a cannibal fortress.  The crew eventually realizes this, and tries to run, but eventually they are captured.  The episode ends with the four of them placed into confinement with Glenn, Maggie, and the other group of survivors.

This episode symbolized the re-birth of Rick.  Honestly, prior to this episode, I felt like the show could stand to lose Rick, because the strength of his character was fading.  However, he showed he was willing to go to whatever lengths necessary to protect Carl, Michonne, and Daryl.  He suddenly transformed into the bloody, ruthless hero, that is necessary to survive in this world.  After discovering that Terminus is a place of cannibalism, I think the one thing that is very clear after four seasons is that there is no sanctuary in the world of The Walking Dead.  There was no sanctuary in Woodbury, at the Prison, or even that research center at the end of the first season.  It’s presumed that Tyreese, Carol, and Judith are still on the road, and I suspect they will eventually meet back up with Rick and his crew if and when they manage to escape Terminus.  I’m still not really sure about the fate of Beth though.  It appeared as though her character was building quickly, but it may have been to make her death more dramatic.  The answers won’t come until the fall, but I am excited for Season 5! 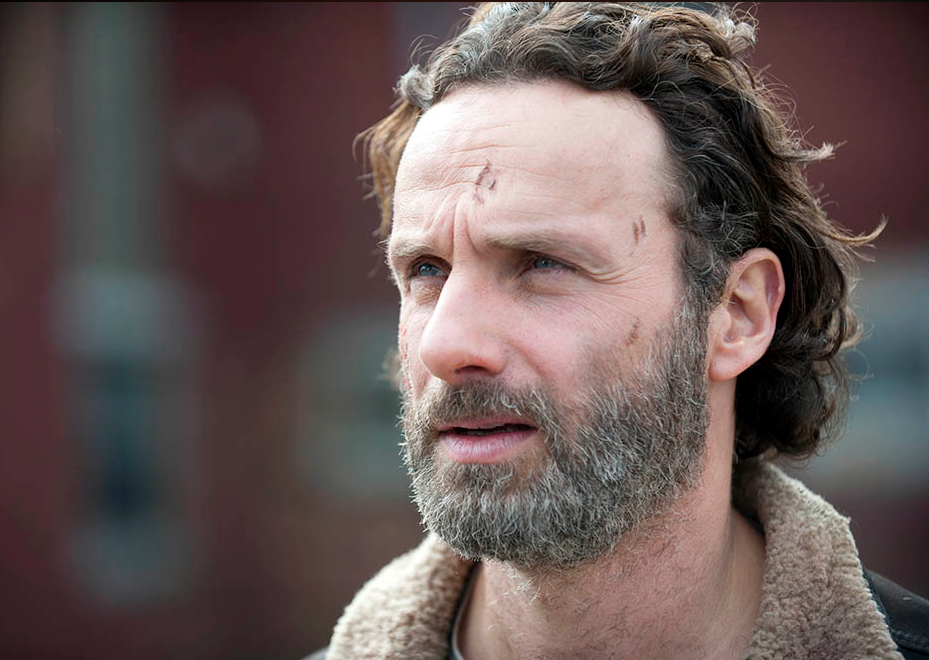