So you actually thought for just a second, with Kobe getting back in the lineup, the Lakers were suddenly going to be an elite team didn’t you?  You forgot didn’t you?  You forgot that the pieces just don’t fit together.  You forgot that the Lakers two best players don’t fit the coaches game plan.  You forgot that this team can’t really defend.  You forgot that they just don’t have the talent.  A disappointing loss to Phoenix at home, and a beat down in Oklahoma brought all of these realities back into focus.  Saturday’s win against Charlotte made us feel like Kobe is getting healthier, but that’s not enough to overcome the sad realities of Laker basketball these days.  Kobe never publicly complains about D’Antoni, because he knows as the leader, he has to be accountable.  The same can’t be said for Pau Gasol, who’s been alienated more than anyone else in D’Antoni’s system.

Now that Pau is complaining about D’Antoni again, the Lakers have considered trading him again in the last few days.  I’m sure it won’t take long for Mitch Kupchak to realize he’s not going to get much for him.  Unless opposing general manager’s are drinking on the job, LA won’t be acquiring Lebron James, Carmelo Anthony, or even Rajon Rondo in a trade for Gasol.  Pau may be in decline, but he can still be an effective big man when operating in the post.  The Lakers have demolished his trade value the last 3 years, by pushing him further and further away from the basket.  Sources say LA is even interested in re-signing him for a reduced rate, but you think Pau wants to stick around to play for D’Antoni?  He’s probably looking at teaming up with his brother Marc in Memphis next season.  The Lakers are broken, their fans are depressed, and it’s going to take more than one move to put the team back in championship contention.  If you ask Mike D’Antoni he’ll get defensive, and that would be the first time.

Oh yea….then there’s the Clippers.  A solid team, but still a mere afterthought in everyones mind.  Great teams are better than .500 on the road, and know how to lock you up defensively, which the Clippers aren’t.  Is this really as good as it gets with the great Doc Rivers as their coach?  When you watch this team, you would expect them to get better and better with every game they play.  Instead, they simply look like they have reached their ceiling.  If the Clipps were serious about contending, they might even consider making a big trade before everyone else realizes this is as good as Blake Griffin and DeAndre Jordan will ever be.

Let’s talk baseball, where we found out just how desperate the Angels were this week.  The Halos traded 27 year old slugger Mark Trumbo, for pitchers Hector Santiago and Tyler Skaggs.  We can all agree that the Angels badly needed pitching, and didn’t have a whole lot of money to get it, so they had to give up something of value.  However, did they really get enough value in return for a guy that hits 30 homers and drives in 100 runs? Santiago was just 4-9 with an ERA of 3.56 in his first full season as a starter.  Skaggs has an ERA over 5.00 in 13 career starts.  I’m sure all those baseball super stat nerds who defend the trade will bring up Trumbo’s declining on base percentage, but that doesn’t excuse not getting his full value in return.  If the Halos decided to trade Trumbo to Arizona a few months ago, they could have had Ian Kennedy, who has won 20 games before, and their rotation would be in much better shape.  Maybe Arte Moreno has given up on helping his own team, and resorted to sabotaging the Dodgers by sending Trumbo the NL West?

Speaking of the Dodgers, good thing they re-signed Juan Uribe because they had no other options at 3rd base next year.  Now The Blue Crew won’t have make a silly trade with one of their 4 outfielders to fill that hole.  I’m sure Matt Kemp was relieved when his agent was told by Ned Colletti that he wasn’t going to be traded.  Kemp has clearly pissed off somebody in the Dodgers front office with his recent behavior, because LA has seemed so determined to trade him for the last few weeks, regardless of what they were getting in return.  Maybe it’s because they found out he could be dating Khloe Kardashian, which increases the likelihood of his career going to hell?  The last time Kemp’s attitude was questioned, he responded with a career season.  Hopefully the same happens this time.  Then again, Rhianna had herpes which literally had to have lit a fire in his pants to get him going.  Kemp may be dating the wrong Kardashian if that’s going to happen again.

It’s looking more and more like USC jumped the gun, and hired their head football coach a week too soon.  No, I’m not talking about Chris Peterson.  I’m talking about Mack Brown.  Trojan fans were insisting on having a big name on their sidelines.  Is there a name bigger than Mack Brown out there right now?  I think not.  His last few years at Texas may not have been the greatest, but he’s won a national title, and a fresh start at USC would have energized him and the Trojan fan base.  It’s hard not to think that Pat Haden is having buyers remorse.

The Kings were rolling.  Until they ran into the Chicago Blackhawks.  Once again, the Hawks completely took the Kings out of their game, and dictated the tempo in last nights 3-1 victory in the windy city, which snapped LA’s 6 game win streak.  The game felt like it was straight out of a time machine from last seasons Western Conference finals.  The Kings just can’t seem to neutralize the Hawks speed, and they continually get forced into making turnovers, while giving up outnumbered attacks against them.  The Kings were the top defensive team in the league going into last night’s game, and I don’t recall them giving up an outnumbered attack for weeks, until they ran into the Hawks.  If the Kings are going to make another run for the Cup, they’ll likely have to go through Chicago to make it happen.

The irony of it is, even though the Kings seem to knock the Ducks around, the Ducks probably stand a better chance of beating the Hawks in a 7 game series.  Anaheim made it 5 in a row last night, with a 3-2 win over the Oilers.  The Ducks are practically unbeatable at home, with a record of 13-0-2, and their style of play matches up far better with the speedy Hawks in a playoff series.  However, home ice didn’t mean much for Anaheim last year when they got beat by the Red Wings in game 7 at the Honda Center, in round 1.  The Ducks are looking elite in December, but there remain questions about their toughness and grit come playoff time.

Week 15 of the NFL was the week of let downs.  The Pats blew an opportunity to clinch the division and move closer to taking home field.  The Saints blew a chance to clinch a playoff spot, and may not even win the division anymore.  The Broncos may have blown home field advantage by losing to the Chargers.  The Cowboys blew it against the Packers, but it’s December, and they usually choke around this time.  Knowing the Chargers, they’ll probably lose at home to the Raiders next week, after coming up huge in Denver.

Speaking of the NFL, and more specifically, old-time players, Jim Brown’s comments about Kobe Bryant this week were extremely shortsighted.  Look, I get it.  Jim Brown was playing football in an era where terrible things happened to African Americans in the United States.  However, he’s basically saying that Kobe isn’t black enough because he grew up in Italy.  In Brown’s mind, that means Kobe wouldn’t be recognized as a leader in the black community.  Keep in  mind that Brown was also very critical of Michael Jordan, and other black athletes for not being involved enough in their community.  Brown reminds of my 80 year old uncle, whose views on race you just have to dismiss, since he is simply a product of his generation. Props to Kobe for realizing this fact, and also not shying away from the the conversation about race, which many athletes do.

Florida State Quarterback Jameis Winston won the Heisman Trophy over the weekend, but there is certainly a cloud that will remain over the freshman quarterback.  Winston is most deserving of the trophy, but the recent rape allegations against him by a woman have him guilty in the court of public opinion.  Winston was cleared of any criminal wrong doing, but nobody knows for sure whether this allegation is real or bogus.  In any case, this incident will forever cast doubt on the character of both Winston, and the woman who accused him of the crime.

Finally, the season finale of Homeland was last night on Showtime.  Spoiler alert for those of you who haven’t seen it yet, and have it on DVR.  This episode ended without any cliff hangers, and was wrapped up nicely with a bow on top.  It almost felt like it could have been the series finale, because I’m unsure where the show goes from here.  I was shocked that Brody was killed off, and I was a little bit disappointed because his character, along with his interaction with Carrie made the show fantastic.   Despite an intriguing ending to season 3, overall, this season was a rocky one.  Brody’s family was just too damn annoying, and didn’t really fit into the show anymore without him playing a major role.  Heck, if they were going to kill Brody off, why did they focus half of the season on his family?  The focus of the show should remain on terrorism and national security, because that’s what Homeland viewers want to see.  So now what?  Does Carrie have the baby and become a mother while remaining in the CIA?  Does Saul return to the CIA?  Then again, is Brody really dead?  It’s hard to see how they can make the show as exciting as the first two seasons, but we’ll see where it goes next fall. 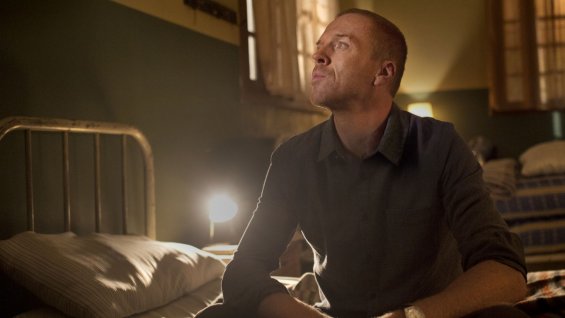