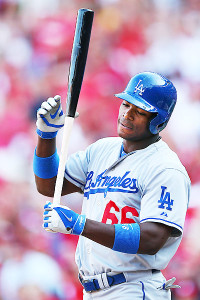 It was just less than a week ago that things were looking great for the Dodgers, and they looked like the favorites to make it to the World Series.  Now, after going down 0-2 against the Cardinals in the NLCS, things look pretty bleak for the boys in blue.  Hanley Ramirez and Andre Ethier are black and blue, and aren’t even healthy enough to play.   There’s no way to sugar coat this.  The Dodgers got brilliant pitching performances from Zach Greinke and Clayton Kershaw, yet ended up losing both games in St. Louis because they haven’t scored a run in their last 18 innings.  Now the Dodgers have to come home to play the Cards with Hyun-Jin Ryu going up against ace Adam Wainwright.  So to review, the Dodgers have had both of their aces beaten, they can’t hit anymore, they’re banged up, and they still have to go up against the Cards best pitcher.  I think it’s safe to say that LA is toast.

This can’t all be blamed on injuries folks.  Don Mattingly has single handedly blown two post-season games in one week.  By pinch running Dee Gordon for Adrian Gonzales in the 8th inning of game 1, and then using Michael Young in his spot for the remainder of the game, the Dodgers lineup was completely neutralized.  Somebody on the Dodgers should have had the balls to hit Carlos Beltran too, after Hanley Ramirez was nailed by a pitch in the ribs, whether it was intentional or not.  Then there’s Yasiel Puig, who has disappeared like David Copperfield.  Puig is hitless in the NLCS, with 6 strikeouts.  The Cards are just daring Puig to beat them, but his inexperience is now showing.  Mattingly thinks everything is ok though, saying “The series doesn’t start until you lose at home, like in the NBA.”  Too bad in the NBA, your best players play every game.  The Dodgers have already used Kershaw and Greinke, which means this series will be over in 5.

Sticking with baseball, I think the Angels made a poor decision this week to bring back both Mike Scioscia and Jerry Dipoto.  No matter what these guys say, it’s obvious they haven’t worked well together, and a change of some kind was needed.  More importantly, the players need to be re-energized, but this just looks like we will see more of the same next year, both on and off the field.  After hearing about this news, I was expecting the Angels to announce that Joe Blanton would be their opening day starter, and that they were planning on giving Robinson Canoe a 10 year deal.  One bad decision deserves another right?

On to college football, where the UCLA Bruins football team has vaulted themselves into the top 10 in both the AP and the coaches.  The Bruins defeated Cal easily on Saturday night 37-10 at the Rose Bowl, and Brett Hundley looked like the second coming of Dan Marino.  Hundley threw for a career high 410 yards and three touchdown passes, and looked like the Heisman trophy candidate the UCLA faithful envisioned.  However, shit’s about to get real.  UCLA will travel to Stanford next week to take on those damn tree loving, chardonay drinking, corporately financed Cardinal.  This is now looking like a much more winnable game for the Bruins, after Stanford dropped one to Utah over the weekend. 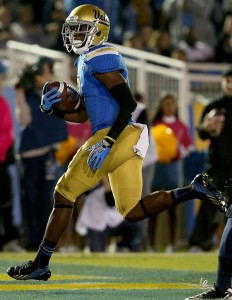 As for the Trojans, their offense looked a little better under Ed Orgeron, in their 38-31 win over Arizona.  It’s still gonna be tough for Trojan fans to get excited for much else this season.  Next week, USC will visit Notre Dame, whose fans are equally as frustrated with what they’ve seen from their teams quarterback play.  I’m headed to the game next week, and I sure didn’t think when I got my tickets a few months ago, that the game would be about as meaningless as the girl I dated for about 30 minutes in the 8th grade.

The beginning of the NHL season has left me very confused. I realize the Kings have won 3 straight games, but why can’t Anze Kopitar score some freaking goals already??  Why has everybody in the Kings division managed to score at least 6 goals against the Rangers and win, while the Kings can only get 1 and lose? And why the hell haven’t the Kings brought up Tyler Toffoli to play on their 2nd line?  LA has already used three different players at left wing on that line, and none of them have anywhere near Toffoli’s skill or upside.

As for the Ducks, it’s early, but it doesn’t look like they’ve missed Bobby Ryan’s offense so far.  Only 6 teams in the entire league have averaged more goals per game than the Ducks heading into Sunday’s game.

Meanwhile, the Lakers are over in China for a few exhibition games.  I can’t believe Chris Kaman actually hurt his finger while tobogganing down the Great Wall.  Do you realize how dumb that is?  Kaman was going to get bumped from behind by teammate Shawne Williams, and he put his hand between the two sleds.  I’ve went down the Great Wall on these toboggan sleds two years ago, and I was bumped from behind several times, but the last thing I ever thought about was trying to put my hand behind the sled.  These types of dumb injuries can only be a bad sign of what’s to come this year for the Lake Show.

A few quick thoughts on week 6 of the NFL.  It’s hard to understand how the Patriots are 5-1.  It feels like they’e struggled through just about every game.  Great shootout yesterday against the Saints, in what could actually be a Super Bowl preview.  The Texans fans got what they deserved yesterday.  Matt Schaub left the game with an injury, and the fans start cheering in a classless manor, then TJ Yates comes in the game and throws a pick 6.  It’s unbelievable that up until Saturday, there were 9,000 tickets available for the Chargers and Colts Monday night game.  Fortunately for Charger fans, there will be no blackout, because some of Dean Spanos’ friends and a few corporate sponsors bought the remaining tickets.  Still, this is just embarrassing.  It’s obvious that the city just can’t support this crummy football team, and that they won’t be getting a new stadium.  Just move the team to LA already Dean!  Otherwise, somebody might beat you to it.

There were some very tough TV watching decisions that had to be made last night.  Homeland or the season premier of The Walking Dead?  Thank god they invented DVR because it was definitely needed.  Spoiler alert for those of you who have not seen last night’s episode of either show.  What the hell did they do to Homeland?  The show had a phenomenal first season, got a little off-track with some love story in the 2nd season, and now the show doesn’t appear to be going anywhere in  the first 3 episodes of season 3.  The threat of terrorism and stoping it usually provides the most entertainment value on that show, and thus far, the show has slowed to a crawls pace.

As for the Walking Dead, the season premier was exciting.  I like how they have added a ton of new characters to the show, and they immediately show us completely different dynamics between them from when the show last season ended.  Rick is no longer the leader of the group, and instead, we see more of a leadership by committee.  It seems like half of the characters are now in some sort of relationship.  I guess people do need love if zombies are about to bring the world to an end.  There’s also quite a bit of action in this first episode.  The group fights off some walkers when a department store roof collapses, but in the process, they lose Beth’s new boyfriend (he wasn’t alive long enough for me to learn his name).  The action gets even more intense when Carl’s friend Patrick dies of a fever, suggesting that the group is even more vulnerable to a virus.  An exciting beginning to the new season, and looking forward to more episodes! 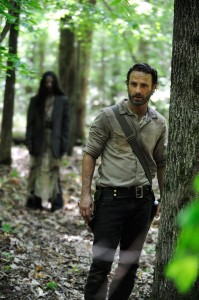