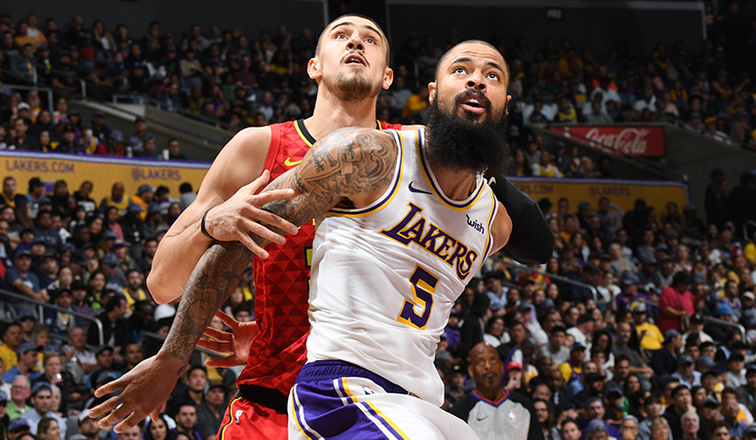 I completely expect the Lakers to reel off six or seven victories in their next ten games.  They are playing some pretty terrible teams, just as they did the last two nights.   It was an ugly win for the team last night, but a win is a win.  Funny because even when the Lakers win, people always have something to complain about.  Some of my favorite whining includes Lebron going to some party last week after a loss, or when Brandon Ingram has a great game and people suggest he needs to be traded because he can’t perform consistently.  The Lakers are going to be just fine, and they are only going to be better with Tyson Chandler, and even better when another shooter like Trevor Ariza or Kyle Korver gets bought out and signs with them.  It would be nice if Lebron played a little bit of defense though…..

People ask me why I hate on the Clippers so much, and try to convince me that they are playing pretty good ball.  You know why i can’t take them seriously? Because they make tribute videos for Austin Rivers.  I can’t make this up.  The Clippers made a video tribute when the Washington Wizards visited Staples Center.  Tribute videos are reserved for legends who actually accomplish something for a franchise.  However, since the Clippers have nobody that ever accomplishes anything, they have to resort to making tribute videos for the former 8th man on their team, but the team wasn’t even that great.  For those of you that think I’m making this up, here’s the video:

To the NFL where the Rams held off the Seahawks yesterday afternoon at the Coliseum.  I can’t wait to hear what Keyshawn Johnson has to say about this.  Keyshawn always finds a way to hype of Seattle as a team that “shouldn’t be ignored” every single week on ESPN Radio.  The Rams could be headed to the Super Bowl in February, and Keyshawn might still be convinced the Seahawks were still a team to be reckoned with from their couches.  This was a nice bounce back victory after last week against the Saints, but if Cooper Kupp is lost to a torn ACL, that’s going to be a major blow to this team.  He’s turned into an unbelievable offensive threat that can’t be replaced.  I’d also be concerned about this team would be not having home field advantage in the playoffs, and Marcus Peters getting lit on fire every week by the opponents’ top receivers.  However, I never get tired of hearing Marcus Peters talk to the media.  Nothing could be more entertaining.  Especially this comment after the Saints game, in response to New Orleans’ Coach Sean Payton saying he liked the matchup against him.

Meanwhile, the Chargers and Raiders went at it in a game that should have been called “The Relocation Bowl.”  I can’t give the Bolts credit for beating up on a Raiders team that clearly isn’t even trying to win football games right now.  The Raiders were apparently handing out masks to fans attending the game to protect themselves from the polluted air caused by the fires.  What they needed to do was hand out tequila and paper bags so Raider fans could properly deal with watching their team.  The Bolts should have no problem for the next three weeks against Denver, and Arizona.  They are also going to get a big boost when Joey Bosa comes back soon.  Too bad they can’t get a boost from fans, since nobody shows up to their games.

Elsewhere around the NFL in Week 10, The league should have applied the mercy rule and end the Saints vs Bengals game at halftime.  The Bills crushed the Jets in a game that should have been on Comedy Central. Big Ben has been charged with animal abuse for brutally mistreating the Panthers in the Steelers’ Thursday night victory.  The Jaguars defense has disappeared like Houdini.  Meanwhile, Tyreek Hill is part wide receiver and part camera man.

Let’s get to the disaster that is USC Football.  The Trojans were stunned by Cal at the Coliseum on Saturday night, eliminating them from the Pac-12 South race.  It’s crazy to think that a football team that has arguably top 5 talent in the nation is only 5-5, especially in a currently mediocre conference.  The Pac-12 might as well announce that the UCLA-USC game is going to be airing on The Learning Channel next week.  Forget Clay Helton.  USC Football has reached a level that should be absolutely unacceptable to any self-respecting Trojan fan.  They need to completely clean house and start over.  Helton is in total damage control saying programs can turn it around quickly.  However, the Trojans will always get quality players.  They are USC, and kids still want to play there.  Developing that talent is a whole different story, and it’s going to take a young out-of-the-box hire to get that done.

Then there’s UCLA, whose football team stinks too.  You can’t sugar coat what you’ve seen if you’re a Bruin fan, but there’s still one thing to hang your hat on: you can beat USC next weekend.  The game is at the Rose Bowl.  UCLA blew out Cal on the road, and Cal just upset USC at the Coliseum.  I fully expect this to be a a very competitive game, and if the Bruins find a way to win, Chip Kelly can give the fans and his employers something to feel really good about heading into next year.  On the other side of the rivalry though, if USC loses, I’d be shocked if Clay Helton wasn’t fired the next day.

Speaking of UCLA though, basketball season is underway for the Bruins.  The first week of the season brought two unimpressive victories, including an escape against Long Beach State on Friday night at Pauley Pavillion.  I’m going to take it easy on Steve Alford at the moment considering he had to evacuate his home due to the fires in Thousand Oaks.  UCLA might not be Duke this year, but they have some solid talent that should be able to go deep into the NCAA Tournament and contend for a Pac-12 title.  However, the real story so far this season has been freshman center Moses Brown.  I’m not talking about his play.  It’s his hair and his really short shorts. 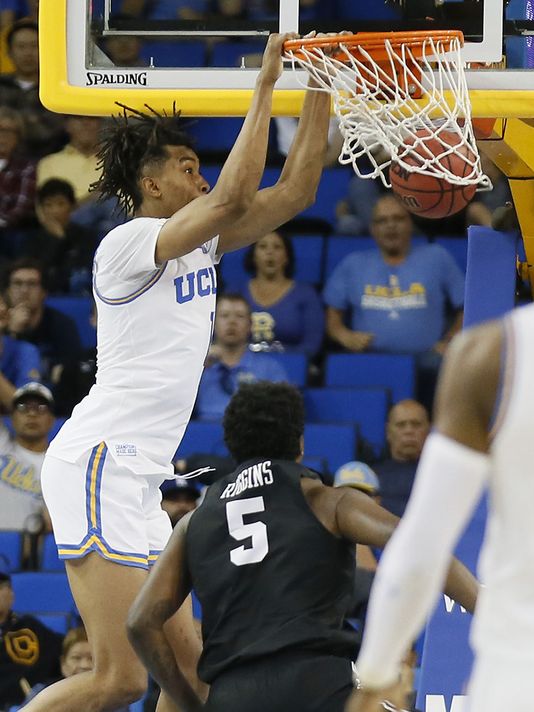 Finally, another episode of The Walking Dead went down on AMC last night.  Spoiler alert for those of you who have yet to see it, so read no further if you plan on watching it later.  It’s a whole new world, fast forwarding six years from the last episode.  Seeing Rosita kiss Gabriel is just weird and kind of nasty. Thank you for the “Richonne” baby, which wiped that nasty scene out my head.  Gabriel has still gotten more tail in the apocalypse than Daryl.  Judith and Negan are bonding, in exactly the same way Carl and Negan bonded in the comic.  Negan’s gone from murderous sociopath to math tutor.  He also got a haircut, but everyone else looks like they woke up from a 6 year coma.  Michonne must have been watching Law and Order during the time jump.  What are you going to do with a ring in the zombie apocalypse? Take it to a pawn shop?  The Saviors are like roaches! Why are any of them still alive? Six years later, Carol is still a badass burning people alive.  Just so everyone can keep things straight, Walkers don’t talk.  They aren’t Walkers.  They are “The Whisperers”, who are the new villain.  It was a pretty good episode, and so far I’m impressed with their attempts to reinvent the show. 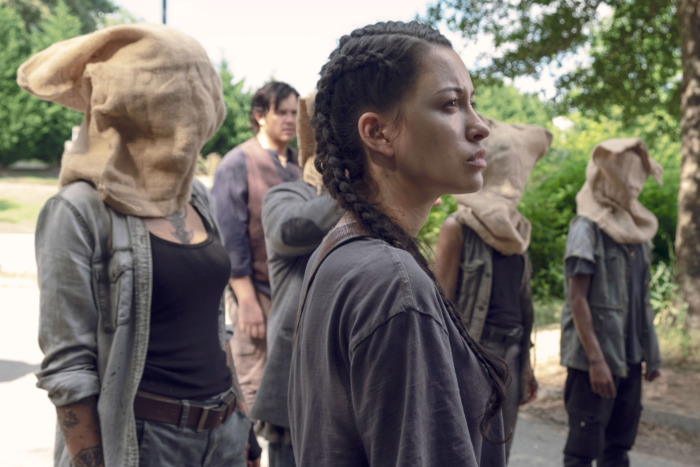