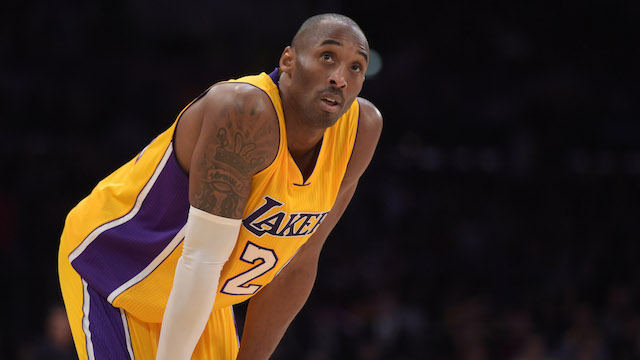 According to the co-founder of the Big3, Jeff Kwatinetz, Kobe Bryant will be joining their league next season.  That is unbelievable news for a league that I thought would last about as long as the career of Vanilla Ice.  Kobe must have gotten bored with all those pickup games at Equinox.  The man still has so much star power, he could probably get the Big3 to play their games in his front yard for convenience.  I have to say though, Kobe has played this whole retirement thing pretty well.  Contrary to what most people thought when Kobe retired, he certainly doesn’t miss basketball, and the fans miss him a lot more.

Paul George is a fool, and now he’s talking like one.  He’s going around telling the media that the Lakers were angry they didn’t even get a meeting with him.  He also suggested that he’s still got another contract to sign before his career is over, and that he could still join the Lakers down the line.  The mere fact that he felt the need to say this tells me he’s already questioning his decision to not only spurn the franchise he dreamed of playing for as a kid, but also the opportunity to play with the best player in the world.  Apparently George has no interest in playing for an NBA Championship, because with him, Lebron, and plenty of expendable pieces to trade for Kawhi at that point, the Lakers would be competing with the Warriors for a title this year.

Despite the sweep over the weekend, the Dodgers have been sinking like the Titanic.  They picked a very bad time go into the tank with about 30 games left in the season.  Their bullpen is so bad that they are now forced to run Kenley Jansen out to the mound while being completely unprepared to pitch.  Somehow even Manny Machado has caught the Dodger Blue Virus that prevents you from hitting with runners in scoring position.  Here’s some analytics Mr. Friedman, when you go to your bullpen too early, there is a 100% chance you will blow the game, but that doesn’t seem to matter since 70% of your fan base can’t actually watch your games on TV anyway.  I also love how the Dodgers couldn’t be any more desperate for bullpen help, yet Friedman is out there trying to trade for another guy hitting .220 in Bryce Harper.   This feels like it’s going to be a disastrous finish for the Dodgers.

Has anybody looked at UCLA’s football schedule this year? It’s going to be like trying to get through a field of land mines.  They play five teams in the preseason Top 25 AP poll, including a trip to Oklahoma to play the 7th ranked Sooners.  It’s definitely a championship schedule, but UCLA is far from a championship team.  They’ll be very lucky to go 8-4. The Bruins don’t even know who their starting quarterback is going to be yet, but for now they can be excited about having Chip Kelly coach their team.  Ironically when Chip Kelly is your coach you get no name recruits that end up producing at very high levels.  The Bruins need to hope Kelly still has the magic he had at Oregon because that feels like many moons ago, despite the success it was.

Meanwhile, USC might be loaded with talent but their schedule is softer than Charmin toilet paper.  Sure that won’t be a problem when the Trojans are dismantling UNLV and the Sigma Chi’s are celebrating on their front lawn doing keg stands.  However, it will be a problem once the end of the season comes and they start bitching that they should be in the College Football Playoff with a loss or two.  Now that JT Daniels has been named the starting quarterback in week 1, it’s only a matter of time before Jack Sears and maybe even Matt Fink decide to transfer.  It will take an injury or extremely poor performance by Daniels for them to ever see the field.

Finally, speaking of UCLA and USC, Sam Darnold and Josh Rosen are already looking like strong bets to be starting NFL quarterbacks in the very near future.  Darnold might actually start in Week 1, and the Jets have been so sorry, he feels like their best quarterback in a decade.  Rosen is already throwing darts and looks like he’s going to very good for the Cardinals as well.  He’s going to make those NFL GM’s look like idiots for passing on him simply because he’s outspoken on holding them accountable for what they are doing.  Then there’s the Buffalo Bills, who passed on Rosen and took Josh Allen instead, who looks about as effective as Helen Keller would be at quarterback. 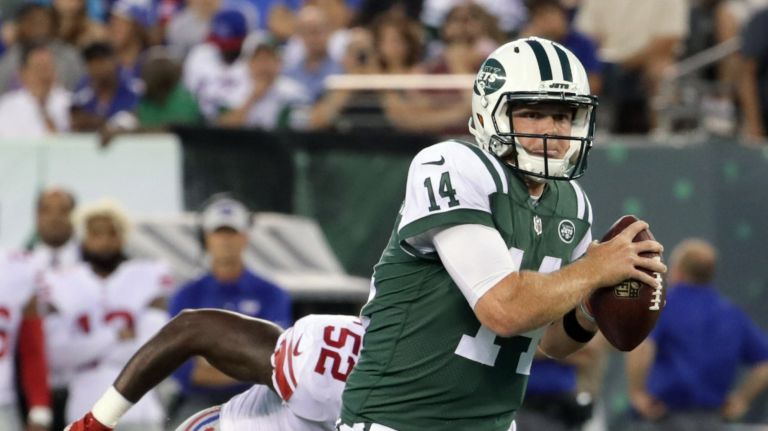