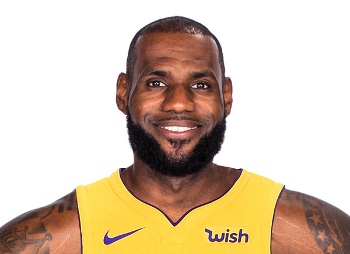 You’ve gotta love how sports radio and TV networks fill air-time during the dog days of August when not much is happening. If it’s not analyzing some stupid tweet or instagram post from an athlete, it’s usually debating if Lebron is better than Michael Jordan. That’s really like arguing who is better: Spider-Man or Superman? I’ve always been partial to Batman to be honest. Nevertheless, one person that actually does care about this ridiculous argument is Lebron himself, who has admitted in recent years he’s “chasing a ghost”, which is Jordan. What Lebron is clearly trying to do to enhance his legacy is make himself active in community and social issues. It’s actually very smart. Most people subconsciously think of Magic Johnson as an even better player with a better legacy because of what he did away from basketball. Lebron’s journey with the Lakers is about to build this part of his legacy.

What a ridiculous week it was for the Clippers. They actually fired broadcaster Bruce Bowen for being critical of Kawhi Leonard, in hopes that it will help their chances of signing Kawhi next summer. Bowen was basically fired for doing his job and giving a very reasonable opinion. That’s very thin skinned on the part of the Clippers, but then again, Kawhi is a weird enough dude where he might actually sign with them next summer. Even more ridiculous was the pep rally the team threw over the weekend. Steve Ballmer claimed they weren’t going to suck for the next couple of years. That’s probably because they are going to suck for a lot longer than that.

It’s a complete disgrace that a team with a nearly $200 million payroll like the Dodgers has such a fragile rotation, and a bullpen that is totally untrustworthy. Here’s an idea. Instead of giving away a sum of cash every home game to a fan during the 50/50 raffle for charity, the Dodgers should just offer a fan a spot in their bullpen for a game. I can’t imagine the fan’s chances to get a couple of outs could be any worse than the stiffs that Dave Roberts is forced to give the ball to on a nightly basis. I’m very curious to see what happens to Andrew Friedman and the front office if the Dodgers fail to make the playoffs. Lately it looks like his computers have been hacked by the Russians given the decisions he’s been making. He better call tech support before the season is over or he might be out of a job.

The Angels’ decision to try and get Shohei Ohtani back on the mound is the worst idea since they decided to open Jurassic Park. The Angels knew that Ohtani had elbow problems prior to signing him, and those problems are flaring up already. Similar to Garret Richards, it feels like if Ohtani gets back on the mound, he’s going to end up on the operating table. If that were to happen next season, he would be unable to play before Mike Trout’s free agency in 2020. In other words, the next two seasons are critical for the Halos, so they need to make smart decisions to be competitive with Trout. Making Ohtani an everyday DH or outfielder is one of those smart decisions in the long-run.

If there’s one thing that really scares me about the Rams this year it’s the fact there is so much hype around them. ESPN came out with an article the other day basically saying it’s Super Bowl or bust. This team has so much hype around them that even Lavar Ball thinks it’s a little much. A few years ago the Eagles assembled what they thought was “the dream team” and it ended up being a total disaster. With all the combustible personalities in the Rams’ locker room, there’s no telling if all their talent will come together and perform, or implode. The NFL is that weird of a game where intangibles matter just as much as talent. Except if you’re the Cleveland Browns where intangibles and talent don’t matter because you suck anyway.

The Walking Dead franchise is in complete shambles. The Walking Dead and Fear The Walking Dead are getting rid of characters faster than Donald Trump is firing cabinet members, and the shows’ ratings are looking more like a B-rated network TV show. On top of that, Chris Hardwick was nearly removed as host of Talking Dead after his girlfriend accused him of physical and emotional abuse. At one point I believed the franchise could take the show another 7-8 seasons, and even get the amazing ratings they once had. However, now the show has veered so far off the storyline of the comics, it feels like the writers are struggling to just make things up as they go. There is no way their remaining main characters, or Hardwick can keep the franchise alive much longer. I give it another year, then it’s time to take this series out back and shoot it because it’s a Walking Dead zombie.

Finally, I can’t believe that SyFy has made six Sharknado movies. Six! Then again, I can actually believe it because network TV sucks, there’s nothing on in August, and it nearly breaks Twitter every time they come up with another one. It’s like a bad car accident you just can’t look away from. The first 15 minutes was like watching Game of Thrones, just not quite as good. I loved the Tori Spelling cameo and high school 90210 reference she made. That movie will probably get you a history credit at your local JC. Tara Reid actually ended up in a Shark’s mouth in the movie. However, she is made of so much plastic, it’s probably considered pollution to throw her in the ocean. It’s like when they came up with the movie, after filming every scene the producers said “nah we’ll fix that later.” Just think, whenever you think you’ve come up with a bad idea, remind yourself that someone made Sharknado 6. It was a nice 6-year run. 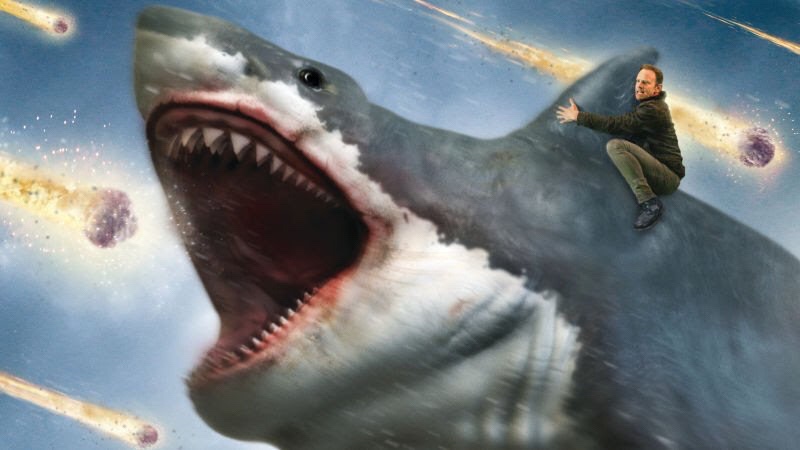