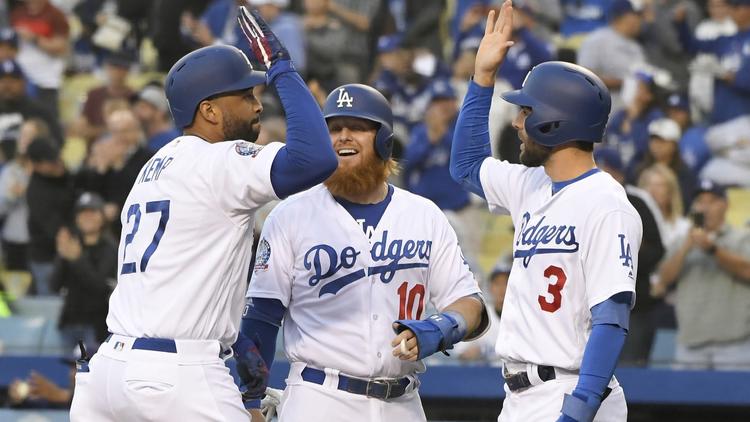 Remember when Andrew Friedman and the rest of you naive haters thought Matt Kemp was acquired to be a salary dump? Well let’s review the timeline of Kemp’s revenge tour.  In December you thought it was just a salary dump when he was acquired.  In January you said he probably won’t even be at Spring Training.  In February, you said he was here, but probably won’t even make the team.  In March you thought he might make the team.  In April he was suddenly your opening day left fielder.  Now in May, he’s 3rd in the NL in hitting, and tops with runners in scoring position.  Most of you that don’t like him are probably just upset it wasn’t you that got the chance to get an STD from Rihanna.  The bottom line is that Kemp has always been able to hit, he is still one of the best offensive players on the team, and loves being a Dodgers.  Thanks to him, the Dodgers are still in the NL West hunt.

Meanwhile, it’s been a very rough month of May for the Angels.  The Halos should ask the league if they can just play all their games on the road because they are 10 games above .500 away from Anaheim, but just 5 games under at home.  Of course it would probably help if Kole Calhoun, Ian Kinsler, and Zack Cozart, weren’t hitting like little leaguers.  Not even Mike Trout can make up for the fact that 1/3rd of the lineup isn’t pulling their weight, especially when Shohei Ohtani can’t be an everyday player.  I don’t know if anybody has noticed but the Angels no longer have the worst farm system in baseball.  In fact, far from it.  Maybe it’s time Mike Scioscia play some of these kids like Jose Briceno, who hit a home run in his debut on Saturday.  How did Scioscia reward him? By chaining him to the bench on Sunday. 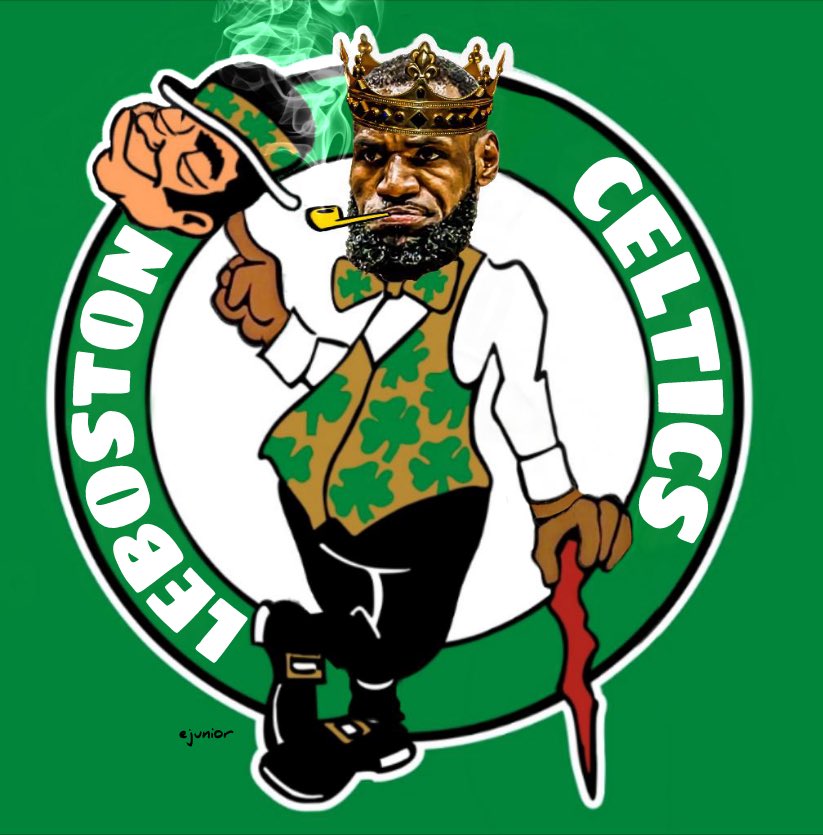 That should be the Celtics new logo after last night.  Nothing Lebron does amazes me anymore because I think he’s just that great.  His team is going to get waxed in the finals though when the Warriors play them.  Somehow the Rockets turned a 17-point lead into a 29-point loss in game 6. I’m not even sure the Clippers could have done that.  When the Warriors go into NBA 2K mode like that, Jesus Christ can’t beat them.  Now that CP3 is probably out tonight for game 7, the Rockets will definitely need Jesus to have a shot, and I have my doubts he’s available.  It’s no wonder James Harden never has enough energy to finish a game in this series.  He takes 10,000 dribbles and does 5,000 head fakes on nearly every isolation possession.  It was a nice ride for the Rockets, but the Warriors have got this.

What exactly is Paul George’s agent, Aaron Mintz trying to pull here? Mintz is the agent for Julius Randle as well, and felt the need to tell the media he doesn’t know where Randle is as a priority for the Lakers come July.  I don’t really think Mintz is this dumb.  Anyone with half a brain knows the Lakers priority is Lebron James, Paul George, and then Julius Randle.  According to Dean Blevins, a sports anchor in Oklahoma City, Mintz has been telling people George is going to re-sign.  Blevins also reported that Kevin Durant was going to re-sign with the Thunder two years ago, and we know how that went.   However, my conspiracy theory is that Mintz is telling people that George might really re-sign in OKC to get the Lakers to focus more attention on Randle, and possibly come to a satisfactory agreement with him as soon as the free agency period begins.

The Clippers finally made it official last week, signing Doc Rivers to a contract extension.  We live in a world where the Coach of the Year, Dwayne Casey, gets fired, and Doc Rivers misses the playoffs and gets extended.  I guess Steve Ballmer thought the saying goes “if it’s broke, don’t fix it.”  I nearly fell out of my chair laughing when I heard Ballmer say “Doc is one of the top coaches in the NBA.”  Has anybody told Steve this isn’t 2008 anymore?  Ballmer has probably advised his new front office to pursue Tim Duncan in free agency as well.  Like players, coaches’ performance can decline over time, and that’s exactly what has happened with Doc.  He built a culture that fell short of expectations, and wasn’t even compatible.  He’s a players coach and deserves another shot somewhere, but both sides need to move on from each other if the Clippers are truly serious about rebuilding.

Don’t let this NFL National Anthem story distract you from the fact that Tom Brady lost to a backup quarterback in the Super Bowl.  Seriously though, I’ve heard so much about this kneeling nonsense that I’d rather not even hear the National Anthem anymore before football games if it’s going to just divide people.  The NFL policy on the National Anthem has divided America. However America is united in agreeing that Joe Flacco is NOT an elite quarterback.  If the league were smart, this is the new policy they would implement…… 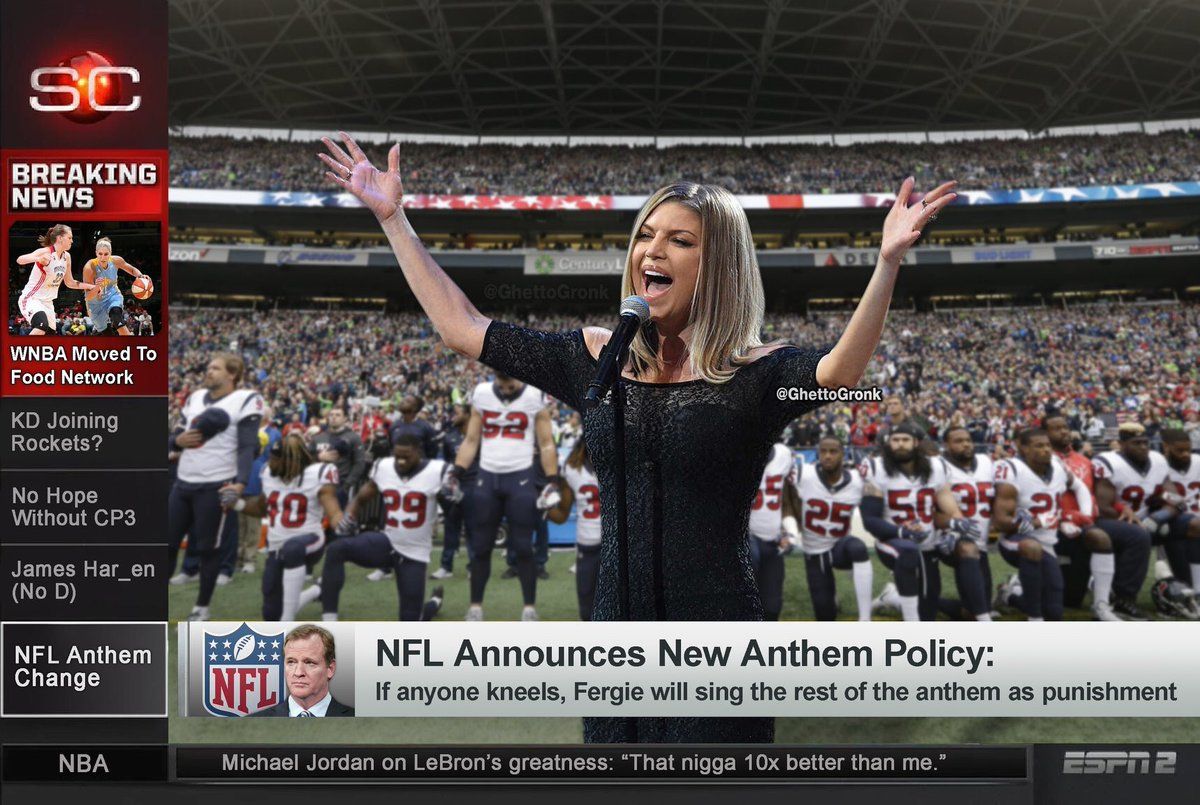 The Stanley Cup Finals start tonight.  Before we get too caught up in it, let’s take a moment to pause and reflect that the Vegas Golden Knights or the Washington Capitals will win the Stanley Cup before the San Jose Sharks, St. Louis Blues or Vancouver Canucks.  I like how both Vegas and Washington totally defied tradition and touched the conference championship trophy.  I’ve never really understood the idea that road teams would be more distracted in Vegas than any other city.  Are there no distractions in New York, LA, Chicago, or Miami?  They travel to those cities all the time to play games and it’s never an issue.  The media made it a topic of conversation when speaking with Alex Ovechkin on media day.  Nevertheless, Vegas looks like a team of destiny, poised to take this series in no more than six games.

It’s the year 2018, which means you’re probably only watching network television shows if The Bachelor or The Bachelorette is on.  Well that means tonight you’re watching The Bachelorette, which has it’s season premier on ABC.  They say that Becca Kufrin, the new Bachelorette, has now forgiven Arie Luyendyk for dumping her on national TV.  Forgiven him? At this point she should be sending him as many thank you cards as you’ve received private policy emails in the last week.  Kufrin is entering this season as America’s sweetheart, who can probably do no wrong after the entire country is sympathizing with her.  Luyendyk has basically given her a lottery ticket that she is going to cash in.  Nevertheless, the real winners in all of this is America, which gets to be entertained by trash TV for the next couple of months.