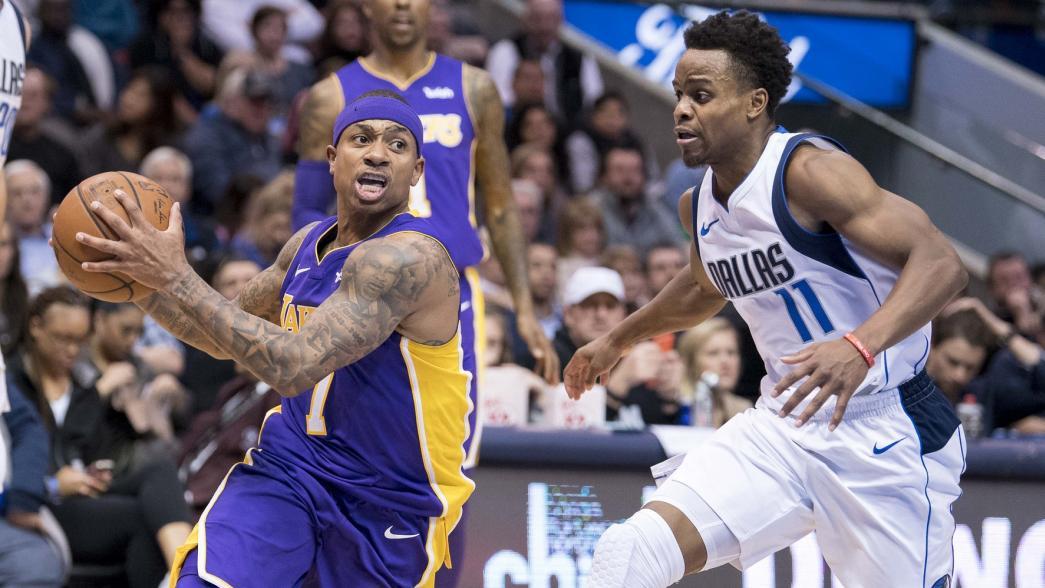 The Lakers made a lot of noise at the NBA trade deadline last week.  I’m shocked that ESPN didn’t respond by getting Lavar Ball’s thoughts for the next 30 minutes.  As for the acquisition of Isaiah Thomas and Channing Frye, it’s like I told you after the Lakers used D’Angelo Russell to dump Timofey Mozgov’s contract.  If the Lakers are going to keep dumping young talent they’ve spent years investing in, this summer they better sign Lebron James.  Come July, I better not hear Magic and Rob try to sell me on trading for another has been like Brook Lopez, with one year left on his deal, just to try their luck in the 2019 free agent market.  It’s Lebron James and Paul George or bust, and the Lakers are either doubling down on dumb, or they know something the rest of us don’t.  I sure hope it’s the latter.

Then there’s the Clippers, who blew a huge opportunity at the trade deadline.  They hung on to DeAndre Jordan, Avery Bradley, and decided to sign Lou Williams to an extension.  Everyone comes up a loser in this instance.  The Clips blew an opportunity to get more assets to help them rebuild, and I don’t know what Lou Williams was thinking.  He signed a team friendly extension with a Clipper team that probably convinced him they won’t trade him.  That’s about as smart as doing business with Lavar Ball.

To baseball where Yu Darvish just signed a contract for up to $150 million over 6 years with the Chicago Cubs.  This dude has a career postseason ERA over 5, and bamboozled somebody into giving him $150 million? What a time to be alive! I’d like to know if the MLB players union still thinks the owners are colluding to not pay top dollar for free agents.  Sure the Dodgers could use another great starting pitcher, but surely not at that price, and not for a guy who has shown you can’t trust in the most crucial moments of the season.  Nobody should have given Darvish a dime until he proved he’s not really tipping his pitches. 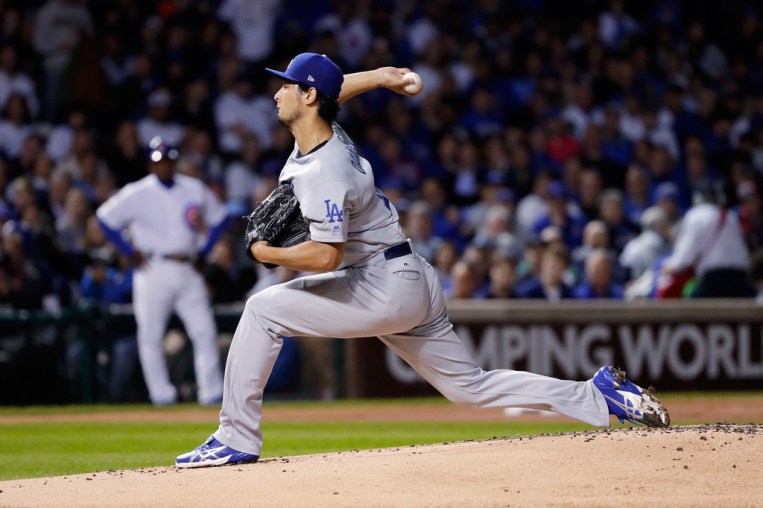 Nothing in the world could have been more predictable than seeing UCLA lose to Arizona State, after defeating Arizona on the road.  As usual, Steve Alford’s squad looked totally disjointed on offense, and looked completely clueless on the defensive end against the Sun Devils.  The win against Arizona also makes sense because you can always count on Sean Miler to make Alford look like John Wooden.  Nobody does less with more than Miller.  Alford played lineups that never even played together all season, like Holiday, Ali, Smith, Olesinski, and Goloman all at once.  This of course came after someone donated $6.5 million to the UCLA basketball program.  For $6.5 million you would think the donor would just spend the money on a much improved coach for the men’s team. The gift came from the Price family, and now Alford’s title is “The Michael Price Family UCLA Head Basketball Coach.”  Who wouldn’t donate even more money if they knew they could own the rights to Steve Alford?

Last week was the always overhyped College Football National Signing Day.  For some reason USC felt the need to extend Clay Helton’s contract, just to show a stronger commitment to their recruits.  Clearly, the Trojans care a lot more about these overhyped recruiting rankings than the actual College Football Playoff rankings, because the extension was totally unnecessary.  Helton looked totally in over his head against Ohio State in the Cotton Bowl, and consistently demonstrated a lack of creativity and imagination on offense.  This is like proposing to your girlfriend, immediately after experiencing the worst sex of your life with her.  Most Trojan fans aren’t going to be happy about this, especially when you consider that recruiting at USC isn’t that difficult for a halfway decent coach.

I’m a huge fan of the Olympic Games, both summer and winter.  When else will you be fascinated watching sports you’ve never even seen before like curling, ski jumping, and slopestyle?  I’m very surprised the Koreans didn’t fire a missile into the stadium to light the Olympic torch to open the games.  For many of these events like skeleton and the super-G, if you don’t die during the actual training do you automatically qualify for the Olympic games?  The biathalon, which includes skiing and shooting has to be the most Nordic event ever.  You would think the US would be a lot better at the shooting portion.  Trying to understand curling is one of my favorite parts of the games.  Looking forward taking this in over the next two weeks.

Finally, another episode of The Bachelor went down last week on ABC, and it was a shocker.  Krystal, the biggest villain in the history of the show was sent home.  There has never been a contestant more ready for a two-on-one date, but after talking a lot of smack, she was totally outsmarted again.  I’m really surprised she didn’t flip a table or chase down Kendall and Arie at the Eiffel Tower when it was over.  I also now realize that they make the show two hours because it takes Krystal an hour just to finish one sentence.  My other favorite part of the episode was the fact Arie said that he was intimidated by Jacqueline’s intelligence.  Oh ok Arie, so you’re saying you prefer to spend your time with stupid people.  Thanks for clarifying.  It’s amazing that Arie was able to get Lauren B to talk on his date with her, even after dropping that bomb about a miscarriage in his previous relationship.  Lauren said no more than 10 words during the whole date.  I do miss Annaliese on the show however, who probably would have claimed she had a fear of corn mazes, burlesque shows, baguettes, and French accents if she were still in it.   I have my doubts the entertainment value of the show is going to be there for the rest of the season with no Krystal or Chelsea, however, any of the remaining 7 women can win it.