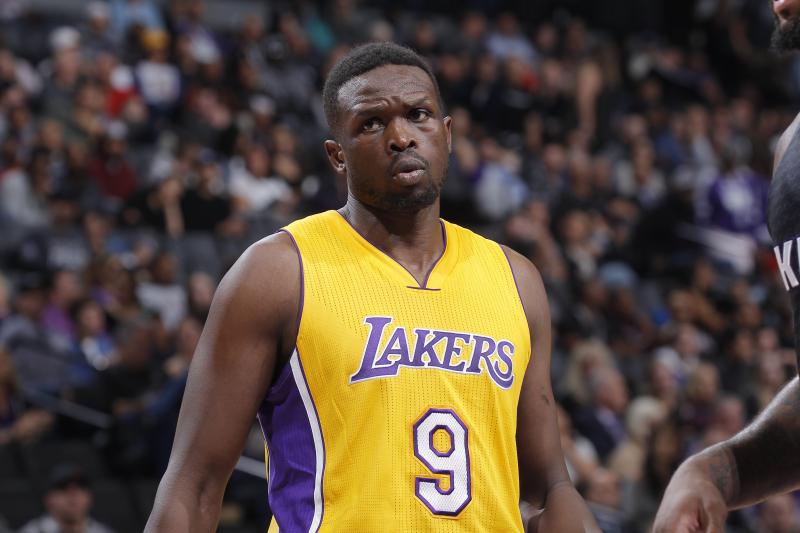 Could the Lakers be any more disappointing?  They are clearly a lottery team once again, and this time they don’t have a lottery pick.  They may have stabilized their front office, but on the court they are still as shaky as Donald Trump’s approval rating.  They never show up to play against teams they should beat, they play too much isolation ball, and Julius Randle doesn’t play nearly enough minutes.  If they’ve given up on trading Luol Deng as reports suggest, why don’t they just waive him or play him instead of leaving him in limbo? I also don’t understand why Luke Walton won’t play Ivica Zubac, rather than Andrew Bogut and Brook Lopez, who won’t be with the team next year.  This is a total disaster, and it’s a locker room that’s going to get further splintered in the coming weeks.  The only way to turn this thing around is to get free agents to come here, but why would they? This feels like the same movie that starred Mitch Kupchak and Jim Buss, only with a new cast of characters.

Meanwhile, the Clippers got Blake Griffin back in the lineup on Friday, and Doc Rivers probably thinks they can win an NBA Championship.  This is really the worst thing to happen to the Clippers since they decided to change their uniforms into those ugly pajamas.  The Clips are just delaying the inevitable rebuild.  They need to trade DeAndre, Blake, and the disaster that is Danilo Gallnari.  They’ll be locked in NBA purgatory until they do.

To College Football where the Trojans got blown off the field against Ohio State in the Cotton Bowl.  USC looked so bad, Sam Darnold might have been playing bad purposely so the Browns don’t draft him.  It was typical Sam.  Make a handful of highlight throws that the scouts will drool over, then serve up a handful of turnovers like Betty Crocker.  However, the real problem the Trojan faithful can point to is Clay Helton.  Once again, against a nationally elite opponent, USC looked like they had no business being on the field, and completely unprepared.  The Trojans got beat badly on the line of scrimmage, and the play calling was completely unimaginative.  Darnold would be foolish to come back to school with Helton there, but if USC is serious about having a legitimate national powerhouse, they will find themselves an elite coach. 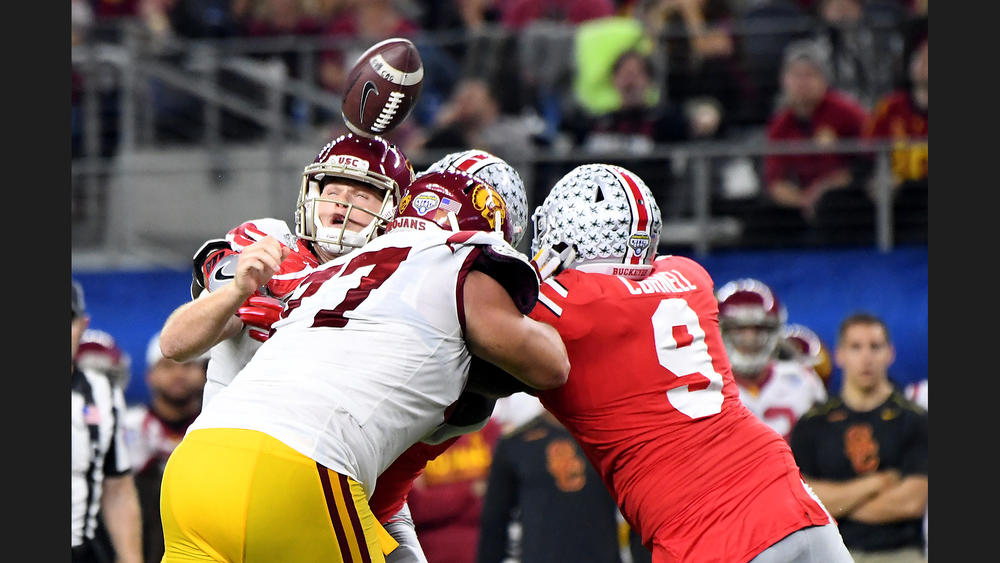 The Bruins didn’t fare much better in their bowl game against Kansas State, but it was hard to expect them to since Josh Rosen was sidelined with an injury.  The real story here is Rosen suggesting that he would return to school just so he won’t get drafted by the Browns.  Let’s be honest Josh, we all know you aren’t stupid enough to turn down $20 million in guaranteed money just to avoid Cleveland.  If he’s dumb enough to do that, then it’s clear he didn’t get any education at UCLA.  The Bruins and every other team in the Pac-12 didn’t exactly make the conference look good this bowl season…..

Sean McVay and the Rams almost pulled it off.  By losing yesterday, they nearly took the #4 seed, setting themselves up for a showdown with a wounded Philadelphia team.  Instead, they’ll have to go through Atlanta, and then Minnesota if they advance.  The road is going to be tough, but I really like the Rams chances to make it out of the NFC.  Their offense is as good as anyones, and their defense has the ability come up with big plays.  As long as McVay doesn’t take the boys to Catch LA the night before and overload on sushi and saki, I fully expect the Rams to take care of business against the Falcons next week.  I also fully expect the Coliseum to actually have fans in it for at least one week.

As for the Chargers, maybe next year they will remember that the season starts in September, rather than October.  The Bolts 0-4 start killed them, and despite yesterday’s big win against the Raiders, they didn’t get the help they needed from other teams to sneak into the postseason.  Sure we’re going to hear for the next 6 months how the Bolts are building momentum for next year.  However, the Raiders are talented and about to bring back Jon Gruden.  The Chiefs are oozing with talent and aren’t going anywhere.  The Chargers still can’t be trusted to win close games, and I’m not so sure that changes in the Philip Rivers’ era.  I’m also not so sure they last five years in LA with the lack of support they are getting.

Wow, that Ravens season disappeared quicker than Ray Lewis’ bloody white glove.  Watching Joe Flacco play football is like some form or cruel and unusual punishment.  Andy Dalton really is an expert at taking teams out of the playoffs: his own and other teams.  I guess that was the closest Marvin Lewis will come to winning a playoff game.  It was so cold in New England yesterday, the football were naturally deflated.  I’d like to congratulate the Browns on fulfilling my hopes and dreams and finishing the season a perfect 0-16.  Cheer up Cleveland, you still have another beating to look forward to from the Warriors in the NBA Finals. 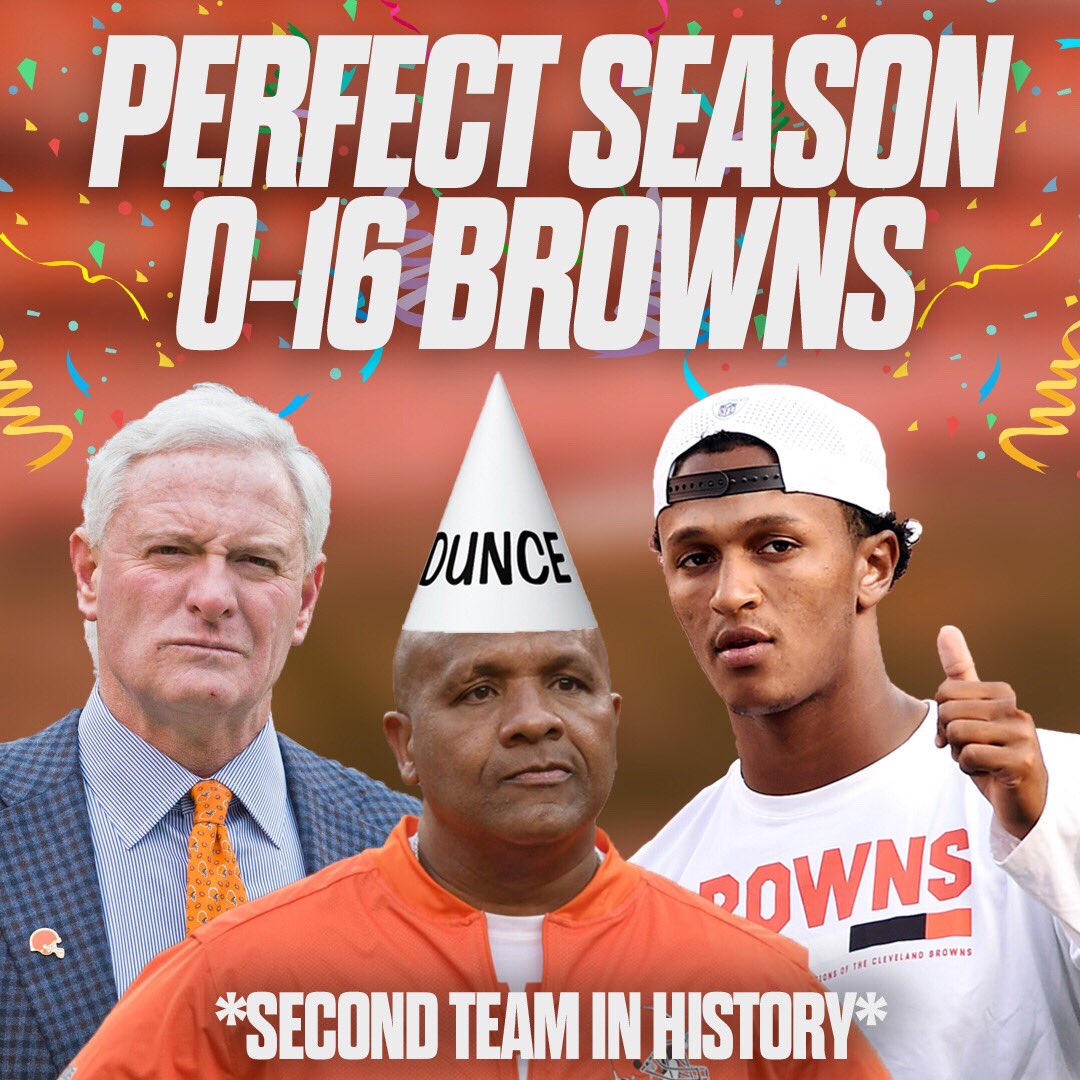