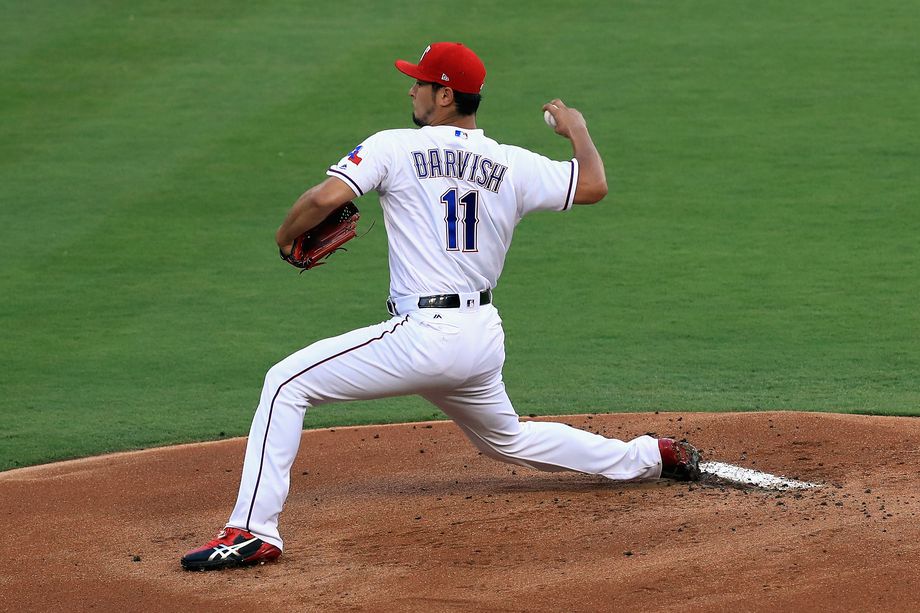 Don’t be surprised or disappointed if the Dodgers don’t do anything much before today’s MLB trade deadline.  In two previous trade deadlines, Andrew Friedman has held on to his top prospects the way Charlie Sheen hangs on to bags of cocaine.  That was when there were real elite pitchers available like Cole Hamels, David Price, and Johnny Cueto available.  Today there’s nothing but a bunch of has-beens available like Yu Darvish and Justin Verlander, even though the trade value of the Tigers’ pitcher is enhanced by the fact his girlfriend is Kate Upton.  Improving the bullpen would be nice, and so would Yu Darvish, but this isn’t the trade deadline to go all out.  If Friedman didn’t do it then, he’s probably not going to do it now.  He doesn’t need to either.  As for Clayton Kershaw, the one positive about his back injury: he gets to rest his arm for the playoffs.

What are the Angels doing? They should be moving players at the trade deadline like they are having a clearance sale, just to do whatever they can to improve their farm system.  The Halos’ front office refuses to look themselves in the mirror and admit that they need to rebuild.  They might have Mike Trout, but they have no money to go get quality free agents, and no solid young players to build with.  By now, Bud Norris, David Hernandez, and Yusmeiro Petit should all have their bags packed.  Even Kole Calhoun could fetch some decent prospects.  Instead, the Angels will continue to fall out of the playoff race and come this winter, they’ll once again try to convince everyone that they are just a player or two away from contending.  That really means they are about to make another stupid free agent signing.

By now you have probably heard about how rough of a week NFL wide receiver Lucky Whitehead is having.  In fact, it’s probably the worst week any human being has ever had.  First his dog gets stolen by his ex-girlfriend, sold to some rappers who then held the dog for random.  Then he gets cut by the Cowboys after being accused of a crime he didn’t commit.  As if that wasn’t bad enough, he got claimed off waivers by the Jets.  At this point, he should probably change his name to “Unlucky Whitehead”, and request to go back to jail since that’s better than playing for the Jets.  You’ve gotta love the Cowboys’ logic.  Ezekiel Elliott was accused of multiple crimes, but he’s a great talent, so they protect him at all cost.  Whitehead was falsely  accused of a crime but since he’s not a great talent, the Cowboys cut him immediately.

Speaking of the NFL, the fact the Rams have been unable to come to an agreement with Aaron Donald just goes to show you how out of whack the NFL is.  Quarterbacks like Joe Flacco and Ryan Tannehill can make $20 million a year just for being mediocre.  Meanwhile Donald is one of the best players in the league, and he’l be lucky if he makes half of that.  The only thing exciting about the Rams this coming season is the fact that they have a fun training camp to go watch at UC Irvine.  They might be able to find better football players walking on campus though.  Not even an easier schedule can stop this team from being one of the worst in the NFL in 2017.

The Chargers also opened up training camp in Costa Mesa over the weekend.  I’m definitely intrigued at the thought of the Bolts playing in a soccer stadium, where the fans could provide an incredible home field advantage.  However, the Chargers division and their schedule, is way too tough to expect them to make the playoffs.  Also, the fact that Mike Williams is already injured is about as surprising as Donald Trump insulting his fellow Republicans.

I can’t believe people actually thought that Michael Phelps was going to get in the water next to a Great White Shark and actually race it.  I was shocked that those people walk among us.  It was actually bold enough for Phelps to get in the water and swim in an area that has been known to have Great White Sharks in it.  Even against the computer model shark, Phelps had no chance.  In order to train for the race he should have just had Ray Lewis chase him around with a knife.  The race would have been way more fair if marine biologists had injected the shark with the same weed that Phelps smokes.

The Bachelorette is back on ABC tonight for the “Men Tell All”, but last week’s episode had to make you laugh.   Rachel is of the opinion that when the show is over, she has to be engaged.  On the other hand, Peter has a take it a little more slow opinion that the rest of the world has, yet he is viewed as the crazy one.  I’m beginning to think Rachel’s dad would rather light himself on fire than end up on reality television, since it’s been two seasons that he decided not to be on the show.  The show has a tendency to make you think one thing is going to happen, in last week’s case getting rid of Peter, then does something totally different.  Peter is still in the game.  However, you know Rachel is mad at him because she didn’t even finish her glass of wine while she was with him.  Rachel never leaves an empty glass of wine people.  For those of you that like Peter, be afraid.  Be very afraid.

Finally, Game of Thrones went down on HBO last night.  Spoiler alert for those of you who have yet to see it, so read no further if you haven’t.  This was an amazing episode.  Lady Olenna just dropped the mic in spectacular fashion.  That woman showed that a dying rose can still kill a Lion.   The meeting between Daenerys and Jon didn’t go as smoothly as we thought.  She gave a long tale of how she struggled to get where she is now, and all Jon had to say was “I actually died and came back to life.”  I like how it no longer takes a full season for characters to travel from one part of the seven kingdoms to the next.  Jamie is going to kill Euron at some point.  Someone needs give Sansa their HBO GO password so she can go back in time and figure out what the hell Bran is talking about.  Then again, if he told you he’s the “three-eyed Raven” instead of the Lord of Winterfell, you would probably think he just got back from Burning Man.  The Lannisters look like they are winning the war for now, but something tells me they are going to blow it.  The next episode can’t get here soon enough! 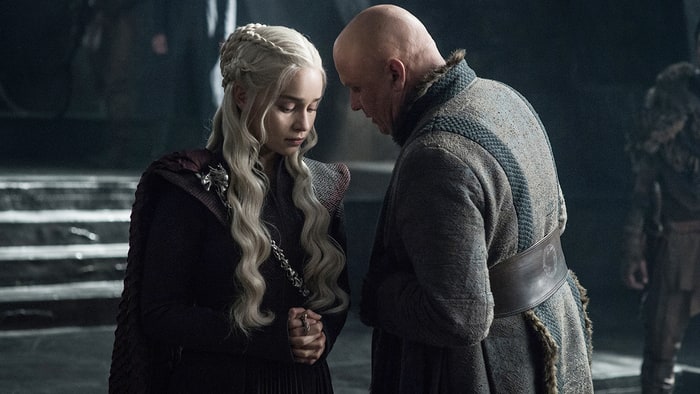