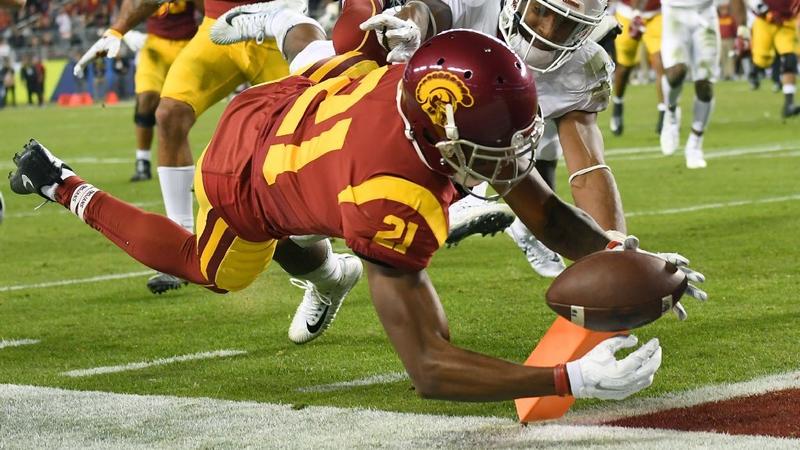 I was shocked at what I learned on Sunday morning while watching the College Football Playoff Selection Show on ESPN.  For about the first 30 minutes of the show, the crew was talking about the  three teams that could potentially be selected as the 4th and final seed for the playoffs.  One of those three teams they believed was USC.  That means I was shocked to learn that the ESPN College Football analysts take shots of tequila that early in the morning.  USC had no business being mentioned in the same breath as Ohio State or Alabama, and obviously the College Football Playoff Selection Committee felt that way too because the Trojans finished a distant 8th in the final rankings.  Even with a Pac-12 Championship, USC fans have to be disappointed given the hype train they were riding back in September.  Everyone thought Sam Darnold was a slam dunk for the Heisman and the Trojans were going to win the National title.  Even USC fans know they would be embarrassed if they were in the playoff, and that might even be the case when they play Ohio State.

Speaking of the College Football Playoff, the Selection Committee reminded everyone that they DGAF what we think.  They don’t care if you won your conference championship.  They also don’t care if all the people at your school think its ok to get with your cousin.  They were picking Alabama no matter what because they think they are the better team.  Ohio State is by far the more deserving team to get in the playoff.  However, Ohio State benefitted by being the better team last year, and not the more deserving team.  However, if the committee really had their way, their way, they would choose Alabama, Notre Dame, Ohio State, and Oklahoma every year.

No problem for the Rams yesterday against the Cardinals.  That was by no means a performance that blew anybody away, especially against a mediocre team, but the Rams are still in the race for home field advantage in the NFC.  In fact, the Vikings and Eagles didn’t exactly look impressive either yesterday, and the Eagles are coming to town next week, so the Rams can catch them in the standings.  Ironically, the Rams match up very well with the Eagles, even though Philly has looked like the best team in the NFC all year.  However, it’s Minnesota that looks like they would give the Rams nightmares heading into the postseason.

It would have been extremely fitting for the Chargers to lose at home to the Browns.  However, they managed to win again, and surge into a 1st place tie in the AFC West.  The whole division has collapsed faster Harvey Weinstein’s career.  The Bolts schedule is way easier than the Raiders’ or Chiefs’.  However, I wouldn’t trust this team to tell me what they wanted on their pizza come the 4th quarter of a big game.  I’m convinced that they will find a way to lose in some awkward and strange way in one of these games they should win coming up.  One thing is for sure.  Many Charger fans are still bitter they left SD

Blake Griffin is going to be out for the next two months with a knee injury.  This is about as surprising as Doc Rivers not being able to draw up a decent play.  As if being a Clipper wasn’t a curse enough in itself, Griffin is also dating Kendall Jenner, which means she’s sure to add the Kardashian curse to the Clipper woes.  In all seriousness though, it’s high time the Clippers blow up their roster and start over.  This team is going nowhere fast, and their best bet to get some assets in return is to trade DeAndre Jordan.  Maybe they can even find some sucker to trade for Doc Rivers, like they did a couple of years ago.

Ok, it’s been a quarter of the NBA season, and I can safely tell you that the Lakers stink.  Lonzo Ball’s confidence is at an all-time low right now.  He isn’t improving nearly fast enough to get the free agents they need next summer. If only the Lakers could give the effort they did against the Warriors last week, on every night.   I never expected the Lakers to make the playoffs, but I certainly hoped that Lonzo, Ingram, and Kuzma would be turning heads far more than they are now.  This isn’t to say they aren’t going to be good NBA players, it’s just that the Lakers may not have time to wait for that to happen.  The best thing going for the Lakers is the fact that Oklahoma City just isn’t that good, which gives Paul George a great chance to come to the Lakers.  Then again, even if George comes to the Lakers, will that by itself take LA where they want to go? Probably not.  When Russell Westbrook signed his extension in OKC, the Lakers were quietly devastated.  If Lebron isn’t playing here next season, which he won’t be, the Lakers are going to continue on the very long rebuilding road.  By the way, Mike D’Antoni must still hate the LA.  He was playing his starters against the Laker scrubs for extended minutes last night to pour it on.

If you’ve been following the MLB offseason in hopes the Dodgers or Angels will make a big splash, don’t hold your breath.  The Angels just traded for Jim Johnson in order to create more money to spend on big Japanese sensation Shohei Ohtani.  Johnson is a world class stiff who is capable of imploding an entire bullpen by himself.  Meanwhile, Ohtani is about as interested in the Angels as Cindy Crawford is in dating me.  The Dodgers on the other hand appear to be very content with their roster as is.  Not only have they been passive on Ohtani, but also just mildly interested in Giancarlo Stanton.  The league MVP appears headed to the Giants.  In other words, the Dodgers are that guy who feels like he can just turn down super models left and right, who are lining up to date him.

I have no idea who the LA Kings are anymore.  Are they the team that won 9 of 11 to start the season and their last 5 straight? Or are they the team that lost 7 of 8 games?  Only time will tell.  Yesterday, the Kings beat the struggling Blackhawks 3-1.  It must be really difficult for Hawks fans to watch a team that once won multiple Stanley Cups turn into a non-playoff team so fast.  Kings fan should feel really lucky……on wait never mind.

Finally, The Walking Dead went down last night on AMC.  Spoiler alert for those of you who have yet to see it, so read no further if that is the case.  You know that Eugene needs to die when suddenly you like Dwight more than him.  Perhaps I wouldn’t feel this way if the whole episode wasn’t dedicated to following Eugene around.  I can’t wait to see what Michonne is going to do to Jadis when she find out that she not only held Rick captive, but was getting ready to “sculpt” him.  I loved Rosita saying “I believe in Rick Grimes”, and even more powerful was that she admitted that Sasha’s death helped her arrive at that conclusion.  However, in the comics, that line is delivered by Maggie, which was far more powerful.  I guess nobody will be covering themselves in walker guts anymore after Father Gabriel got sick.  Speaking of Gabriel, he looks like a good bet to be the next significant character to die.  Based on the previews for the mid-season finale, somebody is going to die, and frankly, it’s probably about time.  I hope to God that when there is a Zombie Apocalypse, we are able to come across as much wine and alcohol in general as they have been lucky enough to stumble upon in this show. 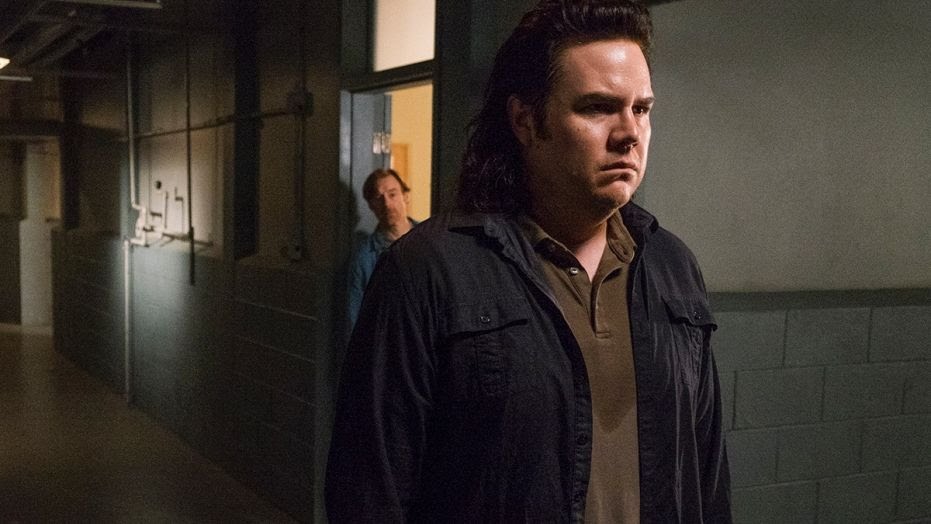