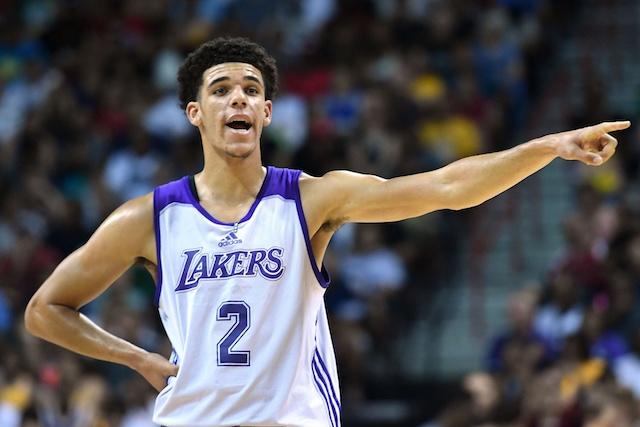 NBA Summer League is out of control.  People have officially lost their minds, acting more riveted by Summer League action than the NBA Finals.  People are spending $200 a ticket to come see Lonzo Ball play against guys that will probably never play in the NBA.  Then there’s the analysis and coverage of each game, which is more scrutinized that Donald Trump’s presidency at this point.  It’s an easy reminder that we are watching 18 and 19 year old kids that need years to turn into something.  As for the Lakers, they still can’t get anybody to take their $17 million because they are only offering a one-year deal.  There’s not much left on the free agent market either.

As for the Clippers, for about six days it looked like they were on their way to building a basketball team the right way.  Then they couldn’t help themselves and decided to blow $21 million on Danilo Gallinari, who is an injury-prone player that will likely struggle to fit next to Blake Griffin, who plays his same position.  On top of that, they finally got a 1st round pick next year from Houston, yet managed to give it away just days after acquiring it.  I doubt the Clips have the durability or the chemistry to make the playoffs in the West.

A few years ago I came to the conclusion that anybody can get married and anybody can have sex.  In the same way, after Swaggy P signed with the Warriors last week, I learned that anybody can win an NBA championship if they are in the right situation.  I was also reminded that the Knicks still can’t get out of their own way.  Just when you think they are about to grow a brain after firing Phil Jackson and setting up an interview with David Griffin, they ask you to hold their beer so they can remind you how stupid they are.  A $71 million contract to Tim Hardaway Jr. shocked the NBA world, and failure to give David Griffin the personnel he wanted was senseless, but then again, nobody should be surprised.

To baseball, where we’ve reached the All-Star break and the Dodgers own the best record in baseball.  However, I’d be more scared that this is a 107-win team that’s peaking too early.  Baseball is all about timing.  Sure the Cubs won the World Series with the best regular season record last years.  However, the last time it happened before that was in 2009 with the Yankees.  Those two teams had far better pitching than the Dodgers do now.  I’m also scared to death that Cody Bellinger is going to be the next Joc Pederson now that he’s going to be in the home run derby this week.  Bellinger was already struggling, so maybe this is the beginning of the end.

As for the Angels, things could be worse at the break, but they could also be a heck of a lot better.  Mike Scioscia says he likes NL lineups better.  I guess that explains why he he has a bunch of .200 hitters in his lineup like Danny Espinosa and Luis Valbuena on a regular basis.  The Halos are within striking distance of the AL Wild Card, but the risk of putting their young injury-prone pitching staff back on the mound just to get blown away in the playoffs isn’t worth it.

I cannot believe that the Olympics are adding 3-on-3 basketball to the summer games.  What’s next Wiffle ball and capture the flag?  As long as the IOC keeps bastardizing the Olympics, i guess we’ll see lawn darts and korn hole next.

Finally, let’s be honest…..you were all outraged last week when you raced home from whatever it was you were doing last Monday, only to find out that the Bachelorette was airing a rerun of the previous week’s episode.  Like you really wanted to see Lee and Kenny battle it out again, and ABC remind us how much they like sensationalizing racism.  Hopefully they’ll give us something better tonight.