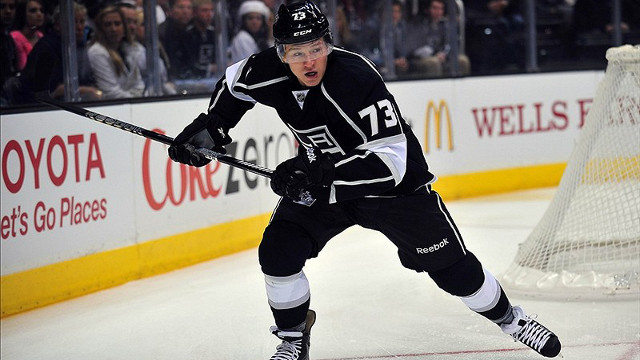 The 25-year-old forward will carry a very reasonable cap hit of $4.6 million for the next three seasons, after which he will still be able to return to free agency at the age of 28.

Toffoli has been one of the Kings most important offensive players over the past two seasons.  He scored 16 goals and 34 points in 63 games this past season, in which he dealt with an injury.  However, during the 2015-2016 season he scored a career-high in goals with 31, and in points with 58.

Toffoli also had 14 points in 26 playoff games during the Kings’ run to the Stanley Cup title in 2014.

Toffoli had postseason surgery on his left knee after struggling with injuries for half of the season, according to his agent, Pat Brisson.  He is expected to be ready for training camp.

With Toffoli and Tanner Pearson signed to extensions, the Kings now have 18 players under contract for $67 million.  The NHL salary cap is expected to come in between $73-$76 million, meaning the Kings have some flexibility for additional moves.