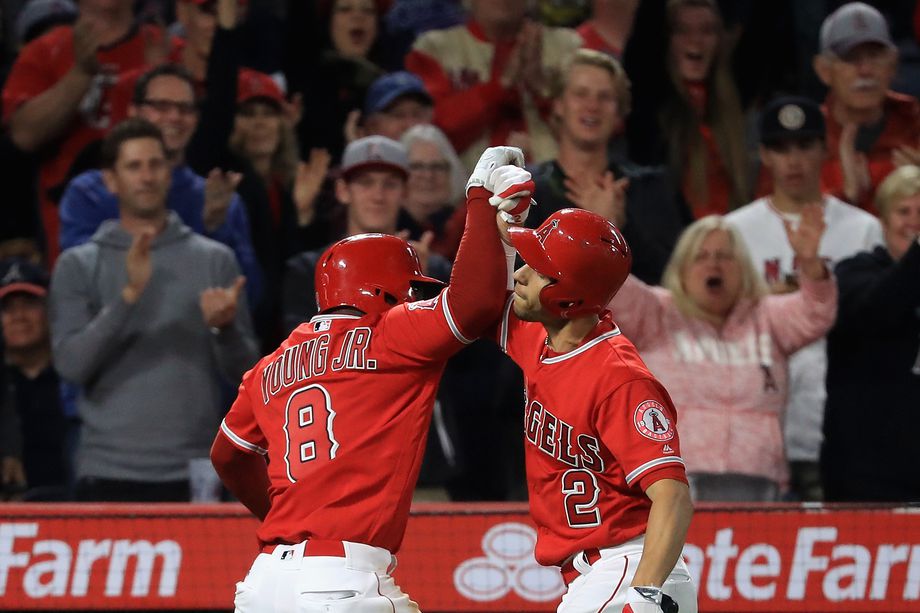 Erick Young Jr. hit his 1st home run of the season in the bottom of the 8th inning, as the Angels edged the Braves 2-1 on Wednesday night at the Big A.

The Braves jumped out to a 1-0 lead on a solo home run by Matt Kemp.  It was his 2nd home run in two nights.

It remained that way until the bottom of the 7th inning.  The Halos got a pair of infield singles, putting runners at 1st and 2nd.  Then Shane Robinson came to the plate and hit a chopper to 3rd baseman Rio Ruiz.  Ruiz stepped on 3rd base to get the force out, but made a throwing error in attempt to get the ball to first base, which allowed Danny Espinosa to score from 1st base and tie the game at 1-1.

Jesse Chavez went seven innings for the Angels, giving up the one run, five hits and a walk, striking out four.

Blake Parker (1-2) picked up the victory with one inning of work, while Bud Norris got the final two outs for his 10th save.

Arodys Vizcaino (1-1) took the loss after giving up the solo blast to Young Jr. in the 8th.  Vizcaino had made 12 consecutive scoreless appearances until giving up the homer to Young.  Young was called up after Mike Trout was put on the disabled list with a thumb injury.

The Angels now open a four game series with the Minnesota Twins on Thursday evening at the Big A.  Alex Meyer (2-2, 5.79 ERA) will come off the disabled list to make the start for the Halos.  The Twins will go with Adalberto Mejia (1-1, 4.64 ERA).