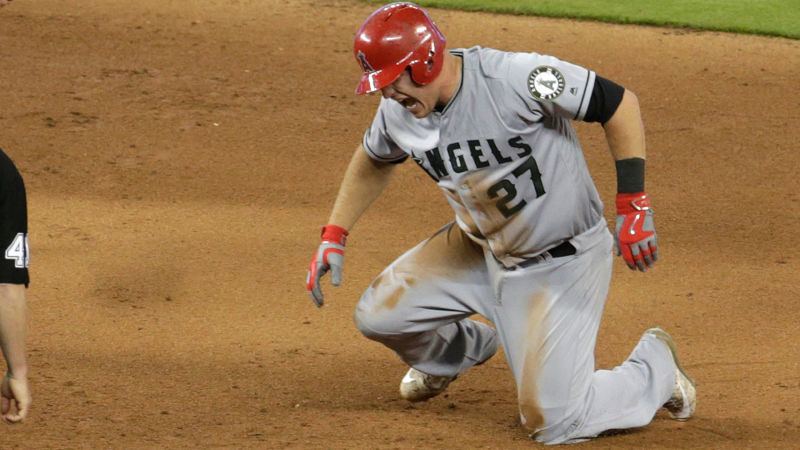 The Angels got some bad news on Monday.  They learned that center fielder and reigning AL MVP Mike Trout will be sidelined for a significant period of time with a torn ligament in his left thumb.

Trout was injured on Sunday afternoon when he stole 2nd base in the 5th inning against the Marlins. He jammed his left thumb while sliding head first into the base.  He stayed in the game, but was removed from the game the following inning.

The Angels and Trout have not yet determined whether or not he will have surgery to repair the ligament.  If he opts to go that route, he would be sidelined up to 8 weeks.

Team doctor Steve Yoon was scheduled to arrive in Anaheim later Monday night to meet with Trout and discuss his options.

This is the first time in Trout’s 6-year career that he has landed on the disabled list.  He entered Monday tied for the AL lead with a .337 batting average.