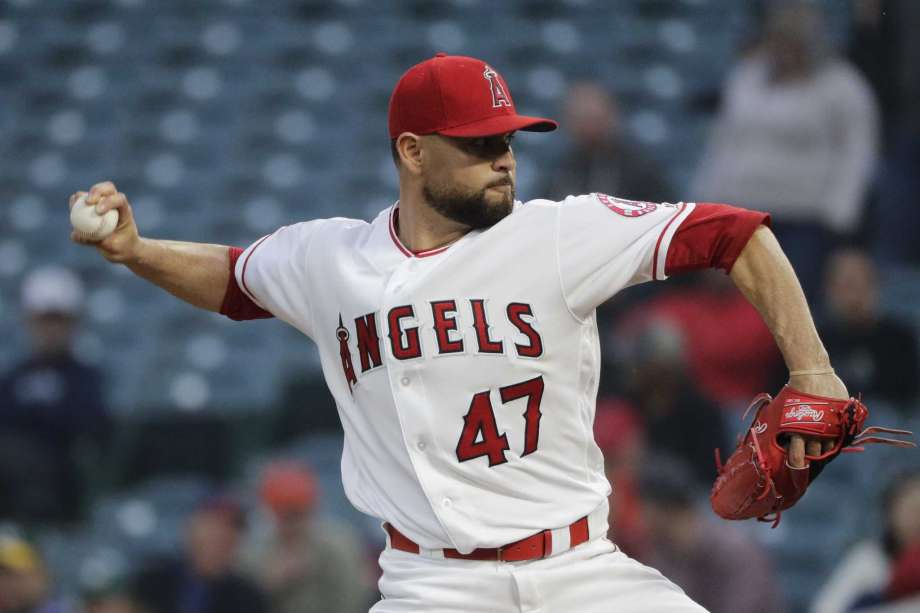 The Angels made it four in a row on Thursday at the Big A, with a 2-1 victory over the A’s.  The Halos completed a three-game sweep of Oakland, and evened their record at 12-12 on the season.

Ricky Nolasco pitched 5 2/3 innings, giving up 1 run on 3 hits, striking out 4 and walking 2.  He improved his record to 2-2 on the season.  Bud Norris earned the save, his 4th of the season.

In the 6th inning, Nolasco got Jaff Decker to pop out and Matt Joyce to groundout.  However, Jed Lowrie and Khris Davis walked, then Yonder Alonso reach on an error by Cliff Pennington.  That loaded the bases for Ryon Healy.  Mike Scioscia brought in Blake Parker, who struck out Healy, which ended the threat.

Both Angel runs came in the 1st inning.  Albert Pujols singled home Mike Trout, and CJ Cron doubled in Pujols, and that was all the offense the Angels needed.

The only Oakland run came in the 4th inning came on an RBI single from Yonder Alonso.  That was just 1 of 3 hits the A’s generated on the night.

Blake Parker, David Hernandez, Jose Alvarez, and Norris did not allow a single run or hit in 3 1/3 innings of work.

The Angels now travel to Texas to open a 3-game series with the Rangers on Friday.  Daniel Wright will be in the hill for the Halos, while the Rangers will go with Nick Martinez.