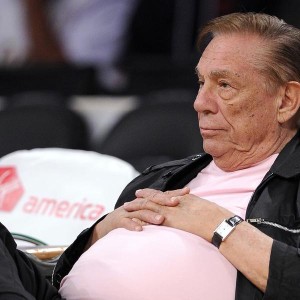 The Clippers on again, off again trade with the Boston Celtics is off again.  In this bizarre saga that has unfolded over the last week, the Clippers were initially trying to acquire Celtics coach Doc Rivers and Kevin Garnett for DeAndre Jordan and 2 1st round picks.  However, NBA Commissioner and Dictator David Stern would not allow the deal because it is against NBA rules to trade coaches.  It is also against NBA rules to make two trades that are contingent upon one another, which further complicates the Clippers ever acquiring both Rivers and Garnett.

Nevertheless, the Clippers claim their focus shifted to acquiring just Doc Rivers and worry about Garnett later.  But if that’s the case why wasn’t this deal done days ago?  The Clippers were going to give up two 1st round picks in the initial proposal, and now they are reportedly only offering one 2nd round pick.  Really?  This deal is being held up over draft picks that will eventually be terrible first round picks anyway?  This smells fishier than a Florida election, and Donald Sterling is behind it.

The Clippers had initially called off the negotiations earlier in the week, until Chris Paul urged the front office to keep negotiating.  Paul also sat down with Clippers broadcaster Ralph Lawler this week, and Lawler tweeted he was informed by Paul that he badly wanted to play for Rivers.  Despite these pleas from the team’s franchise player, Sterling never had any intention of giving any coach a 5 year deal, let alone paying him nearly $7 million per season.

Donald Sterling simply does not value his coaches.  When Sterling fired Bill Fitch in 1998, he refused to pay him, and even sued him when he claimed he wasn’t looking for another job.  When he fired Mike Dunleavy in 2010, he refused to pay him, and was eventually forced to pay $13.5 million after an arbitrator made him.   When he hired Vinny Del Negro in 2010, the Bulls were paying part of his salary.  Now he’s got Byron Scott high on his list or replacements because the Cavs are paying part of his salary.

This saga won’t officially end until the Clippers actually hire a new head coach, however, Donald Sterling thinks were as dumb as Miss Teen South Carolina.  Sterling and the Clippers front office will come to Chris Paul and tell him they tried really hard to bring in Doc Rivers, but they’ll claim the league stopped it.  Now, Paul has the right to do whatever he wants because he’s a free agent, and if he leaves town the Clippers will be bombed back to the stone age.

The Clippers had a chance to completely alter the trajectory of their franchise for the next decade over the coming weeks, starting with making Doc Rivers their head coach.  Hiring Rivers would not only guarantee that Paul would re-sign with the team, but he would give the team instant credibility, and rid them of all the previous skepticism about the franchise.  The acquisition of Garnett and eventually Paul Pierce would have made them the favorite to win the Western Conference next season, and an instant championship contender.  Even after Garnett and Pierce retire, free agents would be lining up to play with the Clippers.

Instead, Donald Sterling is finding a way to screw this up.  Throughout the negotiations, several members in the Celtics organization were reportedly baffled by the Clippers erratic demands, and were unsure where the decisions were coming from.  To make matters worse, the Clippers have slowly begun to alienate Blake Griffin, when their front office started rumors of a potential sign and trade to the Lakers for Dwight Howard.

The Clippers are at a pivotal point in the history of their franchise.  If someone in the organization could actually convince Sterling to step up and spend money, they could actually have a championship contender next season and beyond.  However, it doesn’t even seem that Chris Paul can convince him.  Soon enough, they could return to being the same old Clippers.