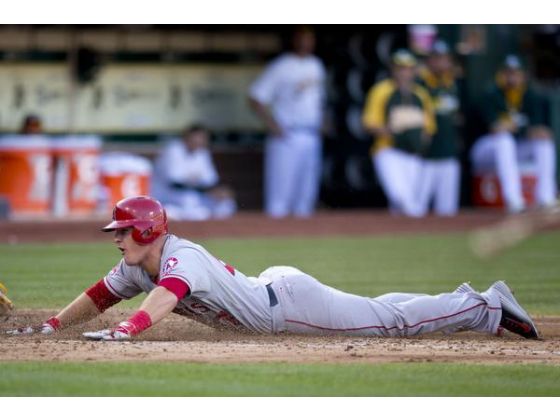 The Angels looked like they were conducting a funeral in Boston earlier in the week.  Once Garrett Richards was carried off the field earlier in the week, it looked like he carried off the Angels AL West and post season hopes with him.  However, when the week was over, the Halos had completed a 4 game sweep in Boston, and salvaged a game in their series with Oakland, to regain the best record in baseball.  Mike Trout hit a ball so far last night, that you would have thought he was using a Callaway driver instead of a baseball bat.  Even more important is the fact that Josh Hamilton is starting to remember how to hit, which is suddenly making a huge difference in the Angels lineup.  Since the moment Richards went down, it’s like someone informed him he needed to start earning his paycheck, and he listened.

The Angels need Bartolo Colon, but they aren’t going to get him on waivers.  This should also be a relief for the clubhouse staff, who would have had to double the amount of pregame food for the team with the addition of Colon.  Yes, it would be nice to find a replacement for Garrett Richards, but it isn’t going to happen.  However, don’t count the Halos out yet.  CJ Wilson is very capable of putting together a quality couple of months now that he is off the DL, and he looked very good on Saturday night.  Wilson is easily a front of the rotation pitcher when he’s on his game, and could easily keep the Angels as a major threat in the American League.  Funny that Richards and Josh Hamilton are two former Texas Ranger players, who are extreme head cases.  If both of these guys could get their heads right, the Angels could still go to the World Series.

I’m surprised they actually played that game last night after the earthquake in Napa.  Hopefully everyone up there is safe after a state of emergency was declared.  More importantly, hopefully everyone actually checked on their reservations at all those fancy wineries and restaurants, and made sure they were still good to go.

Then there’s the Dodgers.  Kevin Correia got quite a birthday present yesterday from the Mets.  He got a 7 run beat down, which included three home runs.  The Boys in Blue got bombed yesterday by New York, but still managed to take two out of three, and extended their NL West lead to 3.5 games over the Giants.  Yesterday might have actually been an audition for Bartolo Colon with the Dodgers.  It wouldn’t shock me if LA claimed him as an insurance policy with the recent injuries to their starting staff.  Amazing how Andre Ethier is getting the shaft.  He’s not even a 4th outfielder anymore, as Scott Van Slyke is seeing more playing time than him.  That’s like telling Kim Kardashian she can no longer appear on her television, and instead, she’s just relegated to collecting fat paychecks. 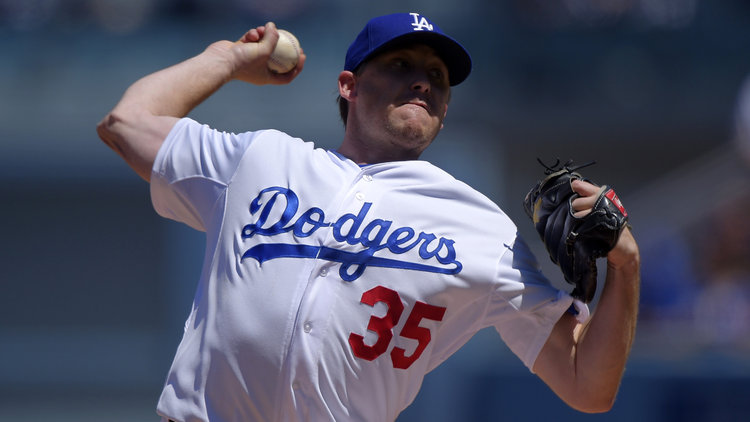 I don’t know about the rest of you Dodger fans, but I have great fear that Zack Greinke’s season could come to an end at any time with his complaints about an elbow injury.  Greinke looked pretty good on Saturday, and is on track to start his next game, but is still not the dominant pitcher we saw for the first quarter of the season.  Considering that Hyun-Jin Ryu and Josh Beckett are already on the DL, the Dodgers should do what they can to get Bartolo Colon off of waivers.  Bart is another serviceable arm, that might even be good enough to start a playoff game if necessary.

Here we are….one week away from the start of college football season.  The storylines for the Bruins and Trojans are interesting, and expectations are high for both.  However, history is not on UCLA’s side, despite being ranked 7th in the country.  The best two quarterbacks in UCLA history were Gary Beban and Troy Aikman.  Beban won the Heisman Trophy in 1967, but lost to USC that year, and the Trojans went on to win a national title in a year where the Bruins were considered title contenders.  In 1988, Aikman was a Heisman Trophy candidate, but ended up finishing 3rd, and also lost to USC, while once again, the Bruins were considered preseason national championship contenders.  Maybe this is part of the reason why I’m concerned that QB Brett Hundley and UCLA are getting too much hype from the coaches and writers before the season starts?

Why do NFL players keep getting shot at night clubs?  I’ve been to a lot of night clubs in my life, especially in my 20’s, and I didn’t seem to have a problem with flying bullets in the club.

Tough break for Rams QB Sam Bradford, who tore his ACL for the 2nd straight season, and has an NFL career that is very much up in the air.  This would be a good time for the Rams to call the Redskins about Kirk Cousins, or even the Eagles, who are hoarding a pair of former Trojan QB’s in Mark Sanchez, and Matt Barkley.

Memo to Bill Plaschke of the LA Times:  Although i appreciate your genuine effort to cover my LA Kings, and give the Stanley Cup Champions the attention they deserve, your article on Darryl Sutter was waaaaaaaay too long.  By the middle of the 2nd page, I gave up, as did many of your other readers.