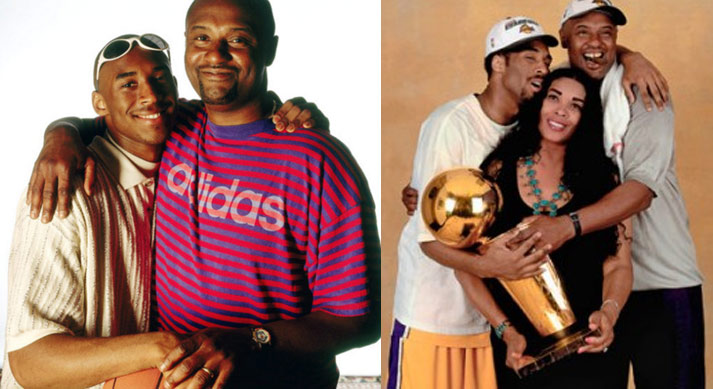 Last week Kobe wrote a letter to his 17 year old self in The Players Tribune.  You would think the letter might reflect back on what he might have done differently in his career, but it was much different than that.  The letter was a sad reminder of just how fractured Kobe’s relationship is with his parents.  Kobe essentially said that if he could do it all over again, he wouldn’t give his family and friends material things, but rather give them opportunity to help them achieve for themselves.  It’s truly a shame that their relationship has fractured to the point of Kobe not feeling like he should take care of people in his life that took care of him at one point.  That’s not to say though that Kobe’s attitude is wrong.  The man has a tireless work ethic in whatever he does, and it’s clear that he is trying to inspire those around him.    Kobe is a complex person, but that definitely played a key role in getting him to where he is in life.  If the rest of us wrote a letter to our 17 year old selves, we’d probably just remind ourselves to wear a condom or find a better fake ID.

USC cornerback Isaiah Langley has been suspended by the Trojans for the season opening game against Alabama.  Langley was arrested on suspicion of three misdemeanor offenses in May, including being intoxicated and trespassing on the UCLA campus after a fraternity party.  Langley was a backup last year, and probably won’t be looked at as a critical missing piece when the Trojans take on Alabama in week 1.  However, most schools, especially those rednecks in the SEC, would probably just hit the kid with a slap on the wrist and have him suit up anyway.  Hopefully this is Clay Helton with an early statement about how he will treat discipline.  I guess we’ll never know though until one of his star players gets in trouble.  Nevertheless, Langley’s arrest after trespassing is a reminder that even USC football players can’t get into the UCLA.

To baseball where the Dodgers are still holding their breath on the health of ace Clayton Kershaw.   Skipper Dave Roberts seemed to have lost command of the English language because everyone suddenly come away with the impression that Kershaw might need season ending surgery.  If that happens they might as well just pack it in and go home, because they couldn’t contend with Kershaw, and they sure as hell won’t contend without him.  Even though LA took two out of three against the Cardinals, they have blown a serious opportunity to gain more ground on the Giants.  San Fran is sinking like the Titanic but the Dodgers are providing them with plenty of life rafts.  Kenley Jansen is still a great closer and all, but he has blown some pretty awful saves this year, and it feels like the Cards still have his number.  He’s also probably exhausted from all that extra work LA gave him in the early going, while they fixed a bullpen that was garbage at the time.  There’s also the teams mind blowing inability to hit with runners in scoring position, which is totally pathological, as is Andrew Friedman’s incompetent devotion to analytics.  At this point the trade market is awful, and I’d be angry if the Dodgers gave up an important prospect for a mediocre player, when they are more than 1 player away from truly contending.  This especially when you consider that they refused to give up prospects when the likes of David Price, Johnny Cueto, Cole Hamels, and Aroldis Chapman were available a year ago.

Then there’s the Angels who got destroyed in Houston over the weekend, getting swept in three games.  Tim Lincecum gave up 8 runs in just over 1 inning of work, including three home runs.  These days that should count as a “quality start” for an Angels pitcher, since he didn’t need his arm surgically replaced when the game was over.  The same can’t be said for Andrew Heaney, Garrett Richards, and most recently Nick Tropeano, who needs Tommy Johns as well.  You can add CJ Cron to that disabled list too.  After a nice little win streak to start the 2nd half, the Angels came crashing back to last place in the West, and reminded us that 2016 is over, and 2017 might as well be too.  They only have three healthy starters under contract next year, making it difficult to trade anybody to improve their horrendous farm system.  In other words, not only do the Angels not have the assets to be buyers at the trade deadline, they probably can’t afford to give up their limited pitching assets to be sellers, especially with horrible options coming up in free agency.

I don’t know if Chris Sales is either a total genius, or if he has the maturity of a 5 year old.  Sales was not happy with the White Sox throwback jersey on Saturday, so he cut it up with scissors.  How could he destroy all that hard work put in by all those Asian children?  The Sox actually have pretty cool throwbacks.  Can you imagine what he would have done if he had to wear the Astros or Padres throwback jerseys or if he had to wear one of those ugly NBA jerseys with sleeves? He would probably take a bazooka or a grenade launcher to them.  Sales probably does have the maturity of a 5 year old, however, he might have done this just so no team would want to trade for him, and bring that immaturity into their locker room.  Then again, maybe the Sox will just decide they need to get him out of their clubhouse ASAP.  I guess we’ll find out shortly.

The IOC decided not to ban the entire Russian Olympic team from next months summer games.  This comes after everyone knows that virtually all their athletes participated in institutionalized doping.  This decision had to have been made out of fear that Vladimir Putin has some major dirt on the IOC.    I’m sure much of this includes bribes accepted for the 2014 Winter Olympics in Sochi, among other ridiculous corruption.  How else do you explain the IOC giving the Summer Olympics to Brazil? That country has more problems Johnny Manziel.  I love the Olympic Games and what they are supposed to stand for, but I hate what they are turning into with each passing day.  The IOC is looking more and more like it’s run by a bunch of third world miscreants that could care less about what the Olympics mean, and only want a pay day regardless of the collateral damage.

Tiger Woods announced that he is out for the season.  Why do we care? Because golf just hasn’t been the same without a dominant Tiger.  For years, the PGA has been trying to sell us on Rory McIlroy, Jordan Spieth, Jason Day, and other “young stars”.  Nonsense.  Not a single one of these guys are half as dominant as Tiger Woods was in his prime, and to this day, none of them can hold an audience the way Tiger can.  He’ll never be what he used to be, but I’m still holding out hope that Tiger can give us another exciting couple of major victories.